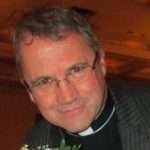 A moment at a wedding reception last night, feeling present, but an outsider, recalled a similar moment more than a decade ago, the sense of not belonging.

It was seven years after I had arrived in the parish and I sat with a friend talking as friends might. We pondered times past, happy ones as well as sad, and somehow he got around to telling the story of the night the first child of another friend was born. He and the friend had sat on the green, drinking bottles of wine and singing Beatles songs until four in the morning, being joined by a third friend somewhere in the proceedings.

To me, it was wonderful picture of happiness, a completely carefree abandon in celebration of the marvellous event of human life.

It was also a picture that brought with it thoughts of sadness. Being priest in a community means being the eternal outsider; being in the community but not of it; being aware that the people who are your people at one moment might be someone else’s people in six months time and that you have no abiding place.

It puts you on your guard against forming the sort of friendships where you could sit on the green and sing songs through the night because such friendships inevitably have to be abandoned when you move on.

It is a strange life, and I have lived it for more than thirty years. Being always on the edge, being there to lead in times of grief, carrying on when the tank has run dry, walking from the graveside alone as families embrace, it becomes harder as the years pass.

Therese Casey concludes with a quote from Karl Rahner, “At the end of the day our task is to recognize that God is in the silence, the frustration, the loneliness, the emptiness. Our job is to become aware of this.”

I hope God is there, if he’s not, none of the loneliness has made much sense. 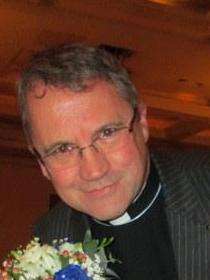