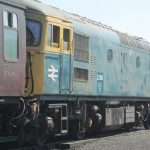 The final Fantasy Football League table of the season was published. The Clonenagh XI that started the season finished in 31,340th place, a respectable finish in a league of more than two hundred thousand teams. If one researched the people behind those teams, they would undoubtedly be overwhelmingly male. Leagues, results, averages, statistics have a fascination for men.

The boys who knew the batting and bowling averages from the county cricket, or who could tell you how many supporters there were at Old Trafford the previous Saturday, or who could recite the season’s best goalscorers often weren’t the best at sports. Sometimes they were loners sometimes they were the only ones interested in the numbers they stored in their minds. A personal passion from boyhood days was to go through the AA Members Handbook memorising the populations of towns and villages around the country. In adult life, it became a dinner table trick to be able to recall such figures, that they were from a book that drew on the 1961 Census and that they were at least twenty years out of date did not matter. It wasn’t hard to understand those who stood at railway stations and collected the numbers from locomotives, or those who timed the progress of trains and worked out their speeds. It was all about numbers.

Stock market indices continue to fascinate, along with currency exchange rates; government economic data; and, of course, attendances at football matches. Once, more than twenty years ago, I bought a Thomas Cook European Railway Timetable; I had the excuse that we wanted to travel from Sweden to Copenhagen, but that didn’t demand a full book, the real reason was to spend time concocting imaginary journeys. Trains through Eastern Europe would be imagined, reaching stations at unlikely hours of the night.

Columns of numbers do not cost any psychological effort, they do not demand an emotional response. Numbers have a beauty and life of their own. As any boy who has shared such a fascination will know, numbers are far more reliable than people. 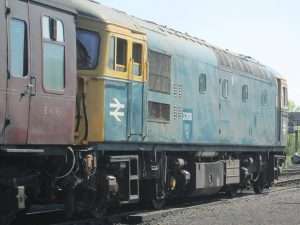