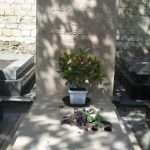 “To which age would you like to return? Twenty-two? Earlier?”

“Eighteen, maybe. Eighteen or nineteen. Early enough to prevent all the mistakes that followed. The music from that year still evokes the happiness of that time. Not that we are given the option of returning. It would be great to be like Dr Who, set the co-ordinates for the TARDIS so that you can return to make the right choices.”

Of course, changing choices might result in unforeseen changes in the course of events; it might lead to outcomes even less desirable than some of those that ensued. The past is fixed in concrete; only the present can be changed. If there is some point at which things seemed happier or clearer, then the best one can hope to do is to attempt to make the spirit of that time a present reality.

“Am I allowed to be eighteen again?”

What a frightening choice, to accept responsibility for one’s own fate. To have a life where there is no comfortable option of blaming other people or blaming one’s circumstances for the way things have turned out. How uncomfortable it would be to have no chance to make excuses for oneself, to have no opportunity to avoid the fact that one simply failed to face up to the possibilities available.

It is more than making excuses, though; in existential terms, it is cowardice. Jean-Paul Sartre wrote, “Those who aim to hide their total freedom from themselves, through the spirit of seriousness or through deterministic excuses, I will call cowards.” Sartre has contempt for attempts to pretend that one is too mature, or that one is too serious, to make particular choices, or to pretend that one’s life is beyond one’s control.

Eighteen cannot be recovered, so what does one recover? The enthusiasm? The idealism? The irrational, exuberant optimism of one who does not know better? The passion? The naivete? The irrepressible belief that everything will turn out well?

If the choices are one’s own responsibility, if one can only blame oneself if one is happy or unhappy, then what choices are to be made? What criteria are to be applied? What does happiness mean?

“It’s your life.” The words had an almost chilling quality, a finger pointing directly at oneself. A feeling of fear comparable to that when one was singled out by a cross schoolmaster. A feeling of apprehension as one steps out into undiscovered country. The desire to avoid being one of Sartre’s cowards. 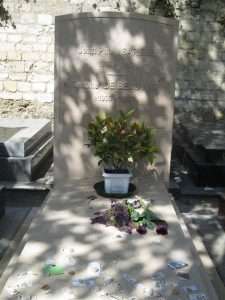