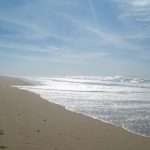 It was speech day in June 2002 and presentations were being made to three masters retiring from the school who had arrived there at similar times. Between them they had accumulated one hundred and eighteen years of service at the school. It was an extraordinary figure to contemplate, it meant that one of them had been there for forty years and the other two had been part of the staff room scene for thirty-nine years each. One had arrived in 1962, the others in 1963.

The speech day programme did not admit of the possibility of any of them offering words of reflection on those four decades of experience. It was sometime later, when the school yearbook was published that reminiscences appeared. It was a boarding school, but the author of the reflections, like nearly all of the other staff, had lived a few miles distant from the school. He had been a housemaster and had done his rounds before leaving for home. He admitted that it was only years later that he thought that perhaps the boys had not all stayed asleep in their beds after he had left. Yet nothing had happened, perhaps the neglect had inculcated an unexpected sense of responsibility. The story always appealed to me.

“Did your son get back to Dublin safely?” He had been catching a train from Ypres to Brussels for an afternoon flight, that had been delayed. He was standing in a queue to board as we had passed.. It had not occurred to me to check, why wouldn’t he have landed and caught a bus back to his city centre home without mishap?

Thirty years ago, when a twenty-six year old myself, it was hard to imagine that anyone would have been checking my arrival or otherwise at my destination. The means of checking were very limited, anyway.

“My parenting style has been benign neglect,” I said to my companion as we sat at the airport coffee shop waiting for our own flight.

“A sort of social Darwinian approach!”

“Sink or swim, survival of the fittest?”

“Something of the sort.”

It was a conversation that had never occurred before, there had never been questions raised before.

Benign neglect doesn’t seem to have been such a bad approach.They have both done well, both secured responsible positions, both shown a maturity beyond their years.

Had someone asked,”where is your daughter this weekend?” I would not have known. She is a doctor, I would have assumed her to be on a hospital ward, or sleeping. Instagram produced a pleasant surprise, she is in Cannes for the weekend.