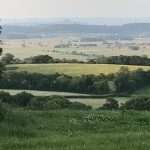 A fine June evening and the mist had begun to gather across the moorland. Glastonbury Tor is no more than a blur in the darkness. Shades of green fill the landscape, a multiplicity of smaller farms absorbed into a handful of large holdings. It is easy to forget how warm southern England has become, the balmy atmosphere makes it pleasant to sit on a bench in the village pound in a gentle breeze.

The village pound, the place of enclosure of stray animals, perhaps it was an appropriate place in which to sit. Thirty-four years astray from the village, there is still a sense of something indefinable, a sense of connectedness.

It is fifty years since we moved to this place. It was not a move that was wanted, not a move that I wanted, anyway. Three or four miles from the home farm, when you are six years old, it might as well have been thirty or forty. Life would never be the same as it had been in those early years on the farm, the world had changed forever.

Technically, I only lived in this village for sixteen years, 1967-1983, but emotionally it has remained home, chiefly, because of then presence here of my parents. There has always been something deeper, though, a sense of belonging that is almost visceral in nature, an awareness that there is in this sprinkling of villages a physical sense of security, a sense of assurance that all is well.

There is among many Irish people a tendency to make pejorative comments about the English, sometimes people will pass comment without even being aware of my presence beside them. In former times, when being a more combative sort of person, I would ask them to identify the village in Ireland they thought most attractive and tell them I could name fifty in Somerset that were prettier. Now, I let the comments pass and think of the places familiar from childhood days (trying to name fifty Somerset villages would be a challenge).

My land is a place unknown to most to whom I talk. Looking across the moor toward the Tor, Glastonbury is the only placename with which most people would be familiar, and that because of the eponymous pop festival, which is not at the town of Glastonbury at all, but in a village beyond the Tor called Pilton. This land is a timeless land where, if there were stones that could talk, they would tell of generations of yeoman farmers and children continuing in the place of their forebears. This land is a place of unremarked beauty, a place where a lifetime would be too short to learn all of its secrets. This land needs no stray animal sitting in the village pound to tell it what it knows itself. 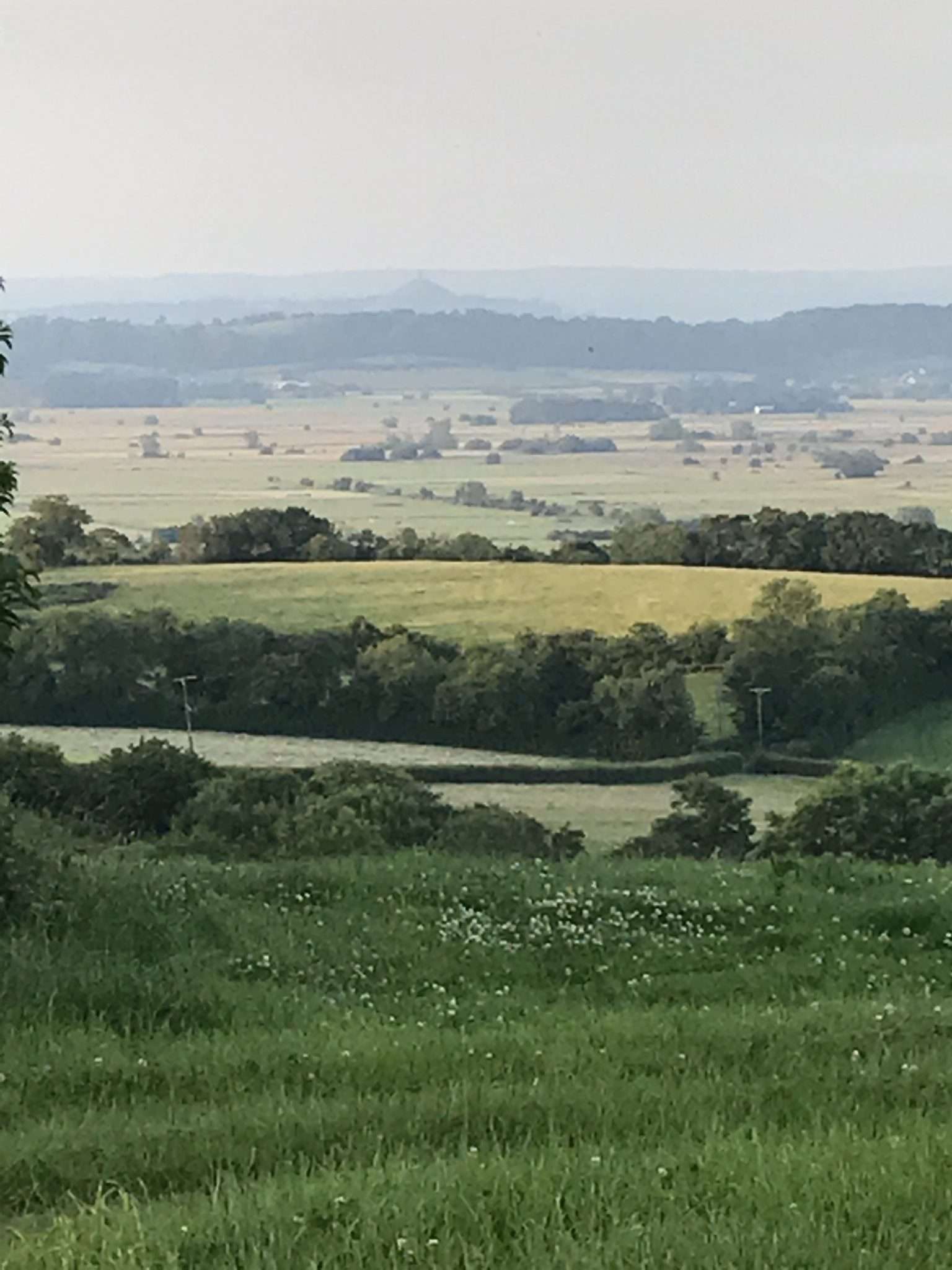