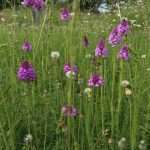 “Those purple flowers are orchids.”

Orchids? Perhaps they were, not having the knowledge to confirm or deny the observation, there was no comment to be made. Once, in schoolboy days, a walk through a neighbouring wood had brought the discovery of a clump of white orchids, delicate flowers that might have been crushed by the footsteps of a careless youth. In memory, the fragile white blooms looked different from the purple flowers, but maybe the memory was deceptive, or maybe orchids differ in shape and size.

Of course, somewhere there would be a handbook of wild flowers, a publication that would give a definitive opinion on whether what was pictured was a clump of orchids; the natural world is like that, one can be categorical in assertions. A visit to an Oxfam bookshop in Taunton last month provided the opportunity to buy a gem of a book, “The Observer’s Book of Trees,” an edition published in 1977 for £1.25. At £2.99, it was a bargain not to be missed.

Definitive views are reassuring, they provide for certainty, leave no space for troubling doubts.There is a trend within religion towards those who presume to offer definitive views, those who offer certainties to their listeners, those who exclude those lingering, niggling doubts that might challenge the assertions.

Sitting beside an Islamic scholar at a seminar, there was a moment of awareness that in both of our traditions there were many who would claim their own perspective to be definitive, that a seeking after understanding was a minority viewpoint. Of course, such claims to exclusive revelation have no more than the status of opinions. Gods are not like flowers and trees, there is no “Observer’s Book of Deities” to substantiate which gods are real and which have no element of the divine. To suggest that one’s own book possesses the absolute truth while the other book is wrong is to claim that one’s own book enjoys the status comparable to that of a handbook of wild flowers or trees.

Claims to have religious truth can be no more than tentative, they are subjective, without empirical foundation. People who claim otherwise, who assert that their religion is definitive, and that it should be imposed upon others, should be challenged to produce objective evidence for their assertions. If a religion cannot attain the reality one would expect of an individual flower or tree, then why would anyone assume it is binding upon others? If gods are not amenable to the simple verification one might apply to an orchid, then it is foolish to say they must represent the truth for others. 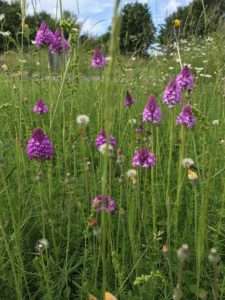