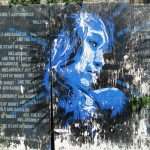 Driving the Roscrea to Borris-in-Ossory road late on a June evening, a Spotify selection from last night’s Glastonbury performances provided a musical accompaniment considerably brighter than the slate-skied drizzly greyness all around.

Well, most of it was brighter, than the evening’s weather. The recordings included Silver Lining, a song from the Swedish duo First Aid Kit. The Söderberg sisters sing some of the most haunting songs of our time; their voices cutting through the air, their lyrics poetic, their music inveigling its way into one’s consciousness; but it is relentlessly melancholic. The album from which Silver Lining came includes Stay Gold, a powerful lament to love lost that has the capacity to dampen the most upbeat of moods.

Why are Swedes so melancholic? In fact, why are the Nordic countries so melancholic? Watch the Nordic detective series that screen on BBC 4 on Saturday nights and there is a pervasive mood of low level depression. Nor is it just the Nordic countries, across the Atlantic, there are Canadians who could rival the Nordic characters in a moody despondency. The detectives of television series like Trapped, Wallander and The Bridge meet their companions in a grey, gritty grimness in detectives from the Canadian series Cardinal.

Though they might occupy similar latitudes, Iceland, Sweden and Canada are very diverse countries, why such a similarity in outlook? Perhaps it is the latitude, and the climate associated with that latitude.

In the extreme cold of the long months of the Nordic and Canadian winters, life can be a struggle for existence. When temperatures can drop to minus forty or so, and when frostbite and hypothermia are constant threats, casual behaviour can endanger one’s life. Not ensuring that one’s car is properly maintained, not dressing with the appropriate winter clothing and footwear, not planning journeys with proper regard for the conditions; these can threaten one’s life, and the lives of those who might have to drive though ice and blizzards in search of a stranded vehicle or frostbitten driver.

If a concern for survival lurks at the back of the mind of every person living in those latitudes; if there is a requirement to be serious and studied in one’s approach to daily existence; if, in particular circumstances, light-heartedness can become something dangerous; then one can perhaps understand how it is that even popular culture can become something of gravitas and melancholy. Whether it is television detective series or beautiful singers, the life they reflect is a life of seriousness. 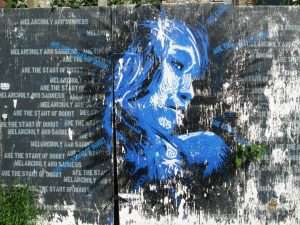