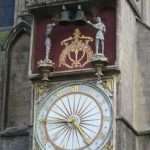 A fond, foolish piece of vanity, the wish that one could somehow return to some previous point in time, that one could take an opportunity that had never existed. The Swiss postal clerk would have explained the impossibility of the wish; that linear time was a matter of convenience; that past, present and future occur simultaneously; that space-time is a continuum, so is complete in itself.

Logic rarely directs the business of the human mind. A notion persists that something was lost, that if only there had been a chance in the past, then the present would have been differently shaped.

Why would one wish to return forty years into the past? To try to change things, to affect outcomes that brought about the present situation? Long-standing devotees of the BBC television series Doctor Who will remember that adjustments of any sort were problematic. The Time Lords had been compelled to revise the Laws of Time to outlaw the altering of the details of history after one Time Lord had gone back in time to make a minor change and, as a consequence, an entire civilization had disappeared from the history of the universe.

Even if Einstein’s physics could be overcome, even if one could move within that space-time continuum, even if the practical issues raised by Doctor Who could be overcome, the notion remains silly. The notion that one might travel back forty years in search of a different future makes assumptions about human nature, as well as about the nature of the universe, and the universe is a relatively predictable when compared with the volatile nature of people.

One might step into the TARDIS, or whatever apparatus is necessary to achieve the temporal transition, the necessary co-ordinates might be inputted, the decades might be crossed, and one might step out on the chosen date in the chosen location, but one would be forty years older than those one would encounter, or, if one has not to have lived through the succeeding four decades, one would not know why the journey has been made.

The idea of going back to meet someone when they were forty years younger might be attractive, but Einstein would wisely counsel that one should be happy with the time in which one lives. 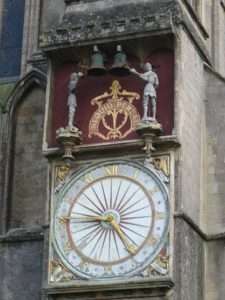