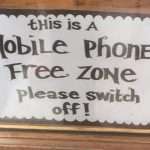 The 4th of July seems an apt date, the Facebook account will be closed. Independence from the blue app on the iPhone, that has consumed so many hours in recent years, has been declared. It is not a desertion of all social media; words will still appear here; pictures in the name of ip_poulton will appear on Instagram; the odd comment will still appear on Twitter under the name @BurcOkaput; but Facebook is going.

In part, the decision is personal, too much time has been wasted. The account was opened around 2007, but was deactivated, until the temptation was too great, and in 2009 Facebook became a daily feature of life. It was pointless, inconsequential activities. Hours that were spent in arguments that reached no resolution, time that was spent looking at assorted pictures and shared memes, were moments that were lost forever. Douglas Howe, our economics tutor at Strode College in Somerset in the 1970s would have urged us to look at the “opportunity cost”, he would have explained that no choice we make is free of cost. If we make a decision to do one thing, even if there is no financial element, comes at the cost of using up the time in which something different may have been done. The many, many hours spent on the blue app are hours lost and gone forever, they are hours which might have been spent reading or doing something constructive, doing something that would have created a tangible legacy. Facebook has been a compulsive behaviour that has been allowed to rob a significant part of the last eight years.

In part, the decision is something more philosophical, it is about the dehumanising effect of Facebook. People are objectified, they become images on the screen of a phone or a tablet, they become typed characters instead of spoken words. Facebook is not a benign place, it is a place where a word of dissent that would pass unnoticed in the company of the other person can become the occasion of a long and acrimonious dispute; it is a place where a lack of inhibition can cause people to make extraordinary and untruthful claims about themselves, or others. Facebook depends upon a human propensity towards voyeurism and, sometimes, towards schadenfreude. It is not a healthy activity.

Breaking the hold of the blue app might take us back to former times, say ten years ago. Did people not cope without pictures of fluffy kittens and snaps from other people’s days out? Without Facebook, we might have real conversations. Real questions about our addiction to Facebook might result in alarming results. 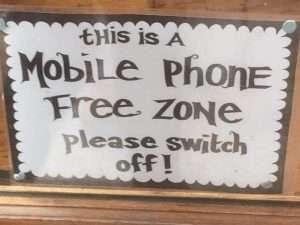