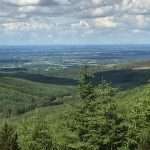 There was a baffled look on her face, justifiably so. The assertion was illogical, how could something appear different in a photograph from its actual reality? Didn’t everyone have such experiences, didn’t people look in a mirror and see one person and then look at a photograph and see someone who appeared differently from the person they had perceived in the looking glass? The argument did not seem convincing, the bafflement seemed to have been augmented by a degree of perplexity. Introducing an additional angle did not convince the listener. Suggesting a room had an appearance in reality that differed from its digital image brought a realisation that the line of thought should not be pursued.

Perhaps it is something idiosyncratic, the idea that photographing an object might reveal qualities not perceived in an initial view. The use of Instagram has brought a capacity to find beauty in common and unlikely moments. Of course, there are filters, and there is scope to change light and colour and texture, but the essential nature of the subject is unchanged; a house is still a house, a stone is still a stone; a tree, or a river, or a landscape remain what they were.

Finding beauty in simplicity can imbue the stuff of everyday life with an interest, or even an excitement, that it might otherwise lack. It can prompt the stopping of the car in unlikely places to photograph images passed countless times. It can prompt a curiosity among passers-by as to why a grey haired man in a clerical collar might want to stop and take pictures at such points. The suspicion he is more eccentric than previously imagined might be magnified, or perhaps a thought that he might know something of which they are not aware.

Richard Jefferies, the Nineteenth Century English naturalist, who died at the age of 38, possessed an extraordinary sense of the beauty of the commonplace, he wrote

“The exceeding beauty of the earth, in her splendour of life, yields a new thought with every petal. The hours when the mind is absorbed by beauty are the only hours when we really live, so that the longer we stay among these things so much the more is snatched from inevitable time.”

Jefferies’ words offer an affirmation of the propensity to stop and record Instagram images, it is in contemplating beauty that real life is found. The more time spent stopped at the roadside, the more is gained from time. 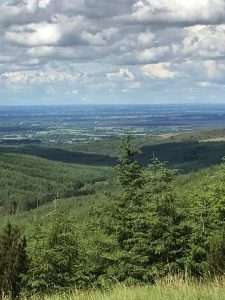