“I do hope they meet again in heaven, so that they will know what a wonderful loving God we have. They are a very sinful couple, but they are very kind.”

The women sat and talked loudly about their church, about their visits to evangelical churches in the United States and how false they thought the pastors’ wives, and about people they knew. The Pharisees at their most self-righteous would have been hard-pressed to compare with the women in their wide ranging and comprehensive criticisms of the failings of others.

What about the sinfulness of the couple, though? What was the nature of their failing? What sin could they have committed that would demand the full efforts of “a wonderful, loving God?”

Perhaps they were bankers whose casino capitalist approach to the economy had brought a massive banking collapse that had to be financed with money that should have been spent on hospitals and schools. It would take a lot of forgiveness for such people to be allowed a place in heaven, people who had been arrogant in their conduct and unrepentant about the huge harm they had caused. They are very sinful, denounced by the prophets and by Jesus.

Perhaps they were business people, moving work to sweatshop labour in the Far East, employing workers at home on zero hours contracts, maximising profits for a few people who receive dividends while steadily reducing the earning power of working people and eroding every benefit attached to their work. If the couple were involved in such business practices they were certainly very sinful, Scripture is forthright in its condemnation of people who deny workers their rights and who refuse to pay proper wages. One could see how such a couple would test the patience of a God committed to justice.

Yet the perceived sinfulness of the couple almost certainly related to their sexual conduct, it was almost certainly the case that they were living together without being married. The “wonderful, loving God” must look askance at such behaviour, what importance do human dignity and the integrity of creation have alongside God’s preoccupation with sex?

Perhaps heaven is a place where kind people find a welcome and where those who condemn the private and personal, while ignoring the public and the global, will find themselves in for a shock. 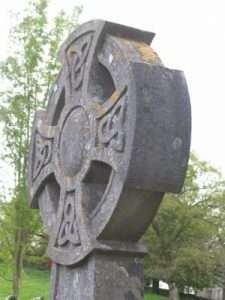