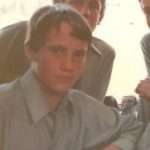 The sound of laughter and high-pitched shrieks. The hospital car park perhaps afforded a short cut for those walking from one place to another, or perhaps it was just somewhere to sit and watch the day. A limestone bench stood beside an empty cycle rack, the last of the cyclists had long gone home to their tea and the delights of a Friday evening.

Three children stood on the bench, two girls and a boy. Very similar in size, they were probably friends rather than siblings. Perhaps eleven or twelve, perhaps this was the end of the first full week of the holidays of the National School they attended. Perhaps they had finished Sixth Class together last Friday and would be distributed to various secondary schools in September. Perhaps these times would be the final days in which they would enjoy the sort of friendship they had known through the primary years.

They stood on the bench like three birds on a wire, their arms spread as if they might fly: where would they fly if they could? They leapt down onto the grass with joyous hoots and giggles. Their flight complete, they set off walking, out through the hospital gateway. their happy conversation depending as much upon physical expression as upon spoken word. The hospital grounds were deserted, the three flying children probably imagined themselves unobserved; even if they had known someone was watching, perhaps their joy would still have been uninhibited.

There are moments when it would be a joy to return to that age, to return to times without shadows, to return to an age of innocence. The three birds seemed to enjoy a friendship filled with kindness and gentleness, a friendship that was about sharing joy and laughter. Growing up seems to mean losing the best of ourselves and sometimes finding nothing with which to replace it.

It was hard to imagine the chubby dark-haired boy, who walked up the road with his female companions, would be guilty of being crass and insensitive. It would be to imagine that any hurt he might cause would not have pained himself much more than it pained any other person. 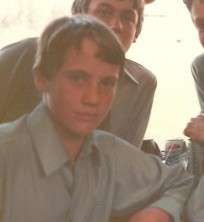