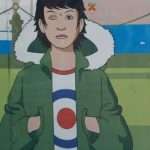 The care director’s perception of a post-war change in attitudes would explain seventy-somethings dancing to music by The Eagles and John Denver and disco artists, rather than to the tunes that might be preferred by those a decade older. Being seventy-something means one might have been someone riding a big motor cycle or a scooter in the 1960s, Watch now the style clashes between mods and rockers,on the beaches of English seaside resorts on bank holiday weekends, and then think what ages the participants must now be.

A twenty-four year old young man on the beach at Margate in 1964 would now be 77 years old, was it likely those who wore parkas or leather jackets were suddenly going to simply give up the music of their youth and listen to Jim Reeves or “Your Hundred Best Tunes?” And if the seventy-seven year olds might have been shaped by the mods and rockers, then what of the 67 year olds? Would someone who was seventeen during the “Summer of Love,” be likely to develop an affinity for music that was popular decades before they were born? Were the baby-boomers likely to slip placidly into old age?

It is more than fifty years since The Who’s song “My generation” was released. “I hope I die before I get old,” sang Roger Daltrey, now aged 73. Would Daltrey now say he was “old”? Would Pete Townshend, who penned the lyrics, now consider himself “old”? Wouldn’t it be more likely that they would be listening to rock music rather than to light classics or big bands?

Seventy-somethings dancing to disco tunes are not unusual, they are logical. 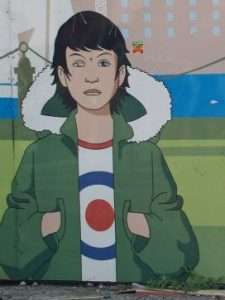