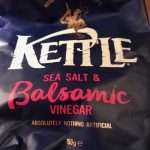 The summer term of 1969: the annual outing of High Ham Primary School was to the New Forest and to the motor museum at Beaulieu. It was a day filled with excitement, one had to be in the junior room to go on the holiday and after the Easter holidays four of us had been moved up from the infant class, allowing us to go on the trip.

The cost of the outing has long been forgotten. Being given a ten shilling note to cover spending for the day was memorable, it was the most money an eight year old boy had ever had. There were plenty of opportunities for spending, postcards of New Forest ponies were bought as a memento of being there and the souvenir shop at the national motor museum offered and abundance of choice for boys who browsed it with enthusiasm.

Mrs Cullen, the lady who organised and ran the outing each year gave strict instructions that everyone should make sure that they did not spend all of their money before the homeward journey as there would be a stop for fish and chips. Boarding the coach for trip back to Somerset, there was a sense of anxiety, nine shillings and sixpence of the ten shilling note had been spent, a single sixpence piece remained, not enough for fish and chips. What the sixpence did buy was a bag of Smith’s Salt and Vinegar Crisps. Mrs Cullen gave an odd look and a shrug, what else could she have done?

Perhaps it is the association of the sense of taste with the sense of smell that allows particular tastes to evoke particular memories, or perhaps the scent of particular foods is sufficient in itself to recall other times, but salt and vinegar crisps retain a capacity to capacity to conjure images of that day almost five decades ago. The memory is at once amusing and instructive; the thought of delightedly spending so much money mingles with the thought of how it would have been wiser not to have been so enthusiastic in buying unnecessary things. For years afterwards, it was a memory that urged cautiousness, careful budgeting, and meticulous record keeping – never again would there be the necessity to buy a bag of crisps when a modicum of sense would have allowed fish and chips for supper.

Salt and vinegar crisps have become far more exotic in the past fifty years, but have never lost the power to transport thoughts to Hampshire. 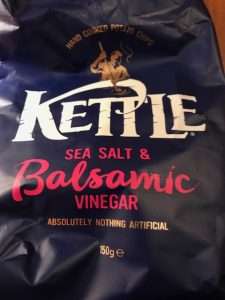