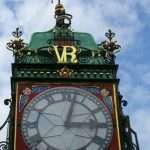 Misremembering has become troubling. In memory, on this night in 1977 we watched BBC television’s “Last Night of the Proms,”before which we had watched John Nettles in a new television detective series called “Bergerac.” The weekend is memorable because Marc Bolan had been killed in a motor crash the previous day and going to sixth form college would open up a whole new world on Monday morning.

The weekend is clearly recalled and the recall is wrong. It would be another four years before Sergeant Jim Bergerac appeared on our television screens, and even then it would be October and not September. If a new television series began on Saturday, 17th September 1977, it was not one set on the island of Jersey. Why Bergerac has been retrojected into a busy weekend forty years ago is a mystery.

My misremembering is not new, and has prompted pondering on previous occasion. The misremembering started with Joe Corrigan. Attending football international matches at London’s Wembley Stadium in the spring of 1978, moments that left a deep impression in the mind of a seventeen year old, there was no doubt in my mind that Corrigan had been the England goalkeeper in England’s 4-1 defeat of Hungary in May 1978 and that Peter Shilton had been in goal for the 1-1 draw against Brazil a month previously. Had it been a question of standing in court and affirming that Corrigan had been there at Wembley on that May evening, wearing the No 1 shirt, I would have declared that I was present and would have had unwavering confidence that it was Joe Corrigan I had watched. Except, Corrigan had kept goal against Brazil; a month later, it was Shilton against Hungary.

Mistaken memories of television schedules and football team sheets are inconsequential, a moment’s inquiry on Google showed the first broadcast date of “Bergerac” as 18th October 1979 and would undoubtedly provide full details of those England squads in 1978. More worrying is remembering being in places I could not have been, it is troubling to recall the hearing the result of the 1994 FA Cup final on the car radio whilst travelling through Blackrock in Co Dublin when I lived very far from Dublin at the time and almost certainly went no further than Downpatrick on that Saturday afternoon.

When politicians misremember, one can see a logical basis for such mistakes, it is always easier to recall things as we would prefer them to be, but strongly misremembering random events and facts seems odd: why conflate stories? Why imagine anachronistic moments? Why put people in places they were not? How much of the past simply did not happen? 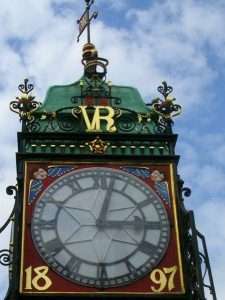