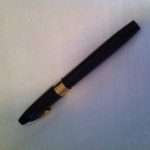 “It will only take two minutes, why don’t you just get on and do it?”

Procrastination might have been the thief of time, but it was the defender against having to do one’s homework. Of course, it would have been much simpler to have simply got on with it, much simpler to have come in and to have sat down and completed the tasks so as to have the rest of the time free and so as to have to give the work no further thought.

Hearing the exhortations to a ten year old boy that he should just get on with the exercise recalled similar moments from times past. Homework would always be postponed until the latest possible moment. Maths problems would tax the brain as Big Ben struck to announce the start of ITN’s “Ten O’Clock News,” Jess Yeats would be presenting “Stars on Sunday” before any consideration might be given to the tasks school teachers had set for the weekend.

Nor did it improve with the passing years, being seventeen years old and approaching the second year of an A Level course might have meant learning from experiences, but nothing had changed. The summer of 1978 meant a nine week vacation, it meant ample time to read William Shakespeare’s tragedy “King Lear;” even at two minutes a night, the play would have been completed. The vacation passed, the first week of the new term passed; in the second week of the term, it became apparent to the English tutor that, despite having had months in which to read the script, there had been no progress beyond page 40. The admission of not having read the text brought a rebuke from the teacher, but also an admission from others in the class that they had not reached the end of the story.

Does such procrastination reveal a particular character trait, or is it a reflection on the matter of homework? It would be nice to think that the problem lay not with a lethargic student, but with the practice of teachers expecting class members to do work in their own time. There always seemed an injustice about being set work to do in time outside of school hours and in places away from the institution’s buildings. If people at work received extra payment for hours beyond the regular ones, then the very least that might have been expected is that homework should be more generously rewarded. Of course, a suggestion that homework was either inappropriate or that it received inadequate recognition would have been met with a charge of impertinence. Nevertheless, forty odd years later, boys are still protesting at its imposition. 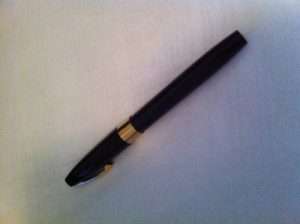