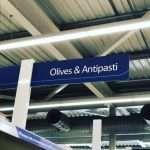 Pickled onions were a comfort food. They conjure images of jars in the larder of my paternal grandmother’s house, filled with onions or eggs, or other preserves. The onion jars were tall and without labels, the onions were surrounded by deeply coloured vinegar and seemed so plentiful that they were pressed against the glass. The large onions were a treat, to be eaten at the table with cheese or with cold meats. The privations of the 1930s and the Second World War meant no food was ever taken casually.

It is thirty years since my grandmother died, thirty years since home grown pickled onions were eaten in her house. The hardships of her younger years had always remained in her thinking. Spring cleaning the house in 1981, one of my sisters had discovered tins at the back of a cupboard, tins from which the labels had long since disappeared. Even my grandmother was unsure what they might contain. A tin opener revealed peaches within. The tins had been kept since the war years, including a removal from London to Somerset, lest the bad times returned.

Pickled onions no longer enjoy the status they were accorded in my grandmother’s house. Scanning the signs in the Langport branch of Tesco for clues as to the likely whereabouts of a jar of large pickled onions, few clues were offered. No signs announced the location of pickles or preserves. Eventually, the thought occurred that if there were olives in jars, there might also be pickled onions close by. Sure enough, the onions were there, and of sufficient size to be considered “large.”

When did “olives and antipasti” become the sign indicating the shelves where one might find pickles? Looking around the store, there seemed few shoppers in the aisles for whom the word “antipasti” would readily trip off their tongue. The Oxford Dictionary definition of an “antipasto” is “an hors d’oeuvre”, which would hardly mean more to some of those pushing their trolleys around the supermarket. Tesco knows its market, though, and we must all be becoming much more cosmopolitan in our vocabulary and sophisticated in our tastes.

My grandmother would have recoiled at the thought of her pickled onions being an antipasto or an hors d’oeuvre, the cheese or the cold meat with which pickled onions would have been served would have been the main course of a meal, sometimes the only course. Picked onions under a sign announcing “olives and antipasti” are not just an indicator of cultural development, they are a sign of a world that has become hugely more affluent since the days of those pickling jars. 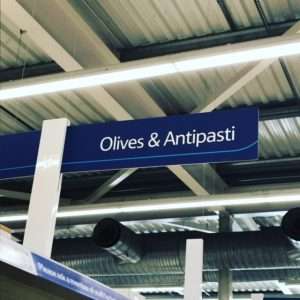