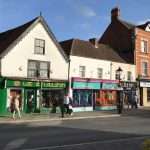 Walking up the high street of the “Capital of Daftness,” the warmth of the sunshine belied the date. At 4.30 pm, the shops were beginning to close, it would have seemed early to close if it had been as warm a summer’s day. Realisation of the date explained some of the shop window displays, and besoms for sale outside a shop; 31st October was approaching. Concerning Halloween, a friend from Northern Ireland would have sought to enlighten anyone prepared top listen, though his words might have found an unreceptive audience in Glastonbury.

In a soft Ulster accent, he would begin his argument with the straightforward, uncontroversial statement that there was no commonly agreed pantheon amongst Celtic peoples, an argument, which if it is accepted, quickly demonstrates the fallacy of the festival of Samhain, the festival we call Halloween. Accept there was no pantheon, and the logic quickly falls into place.

“There was no agreement about who or what were the “gods”, religion varied from place to place,” he would continue. “Because there was no agreement regarding the gods or worship, there were no widespread festivals; there was no established calendar”. There being no agreed pantheon meant there were no commonly observed festivals and therefore there could be no concept of Halloween being the end of the old year. The argument is straightforward.

He becomes frustrated at the fuzzy thinking and the vague and cuddly spirituality that claims to be of Celtic origin.”The stuff about Halloween and Samhain is made up, it has no ancient authority. Try and find documentary evidence of the druids prior to the Nineteenth Century, and you will not find it because it does not exist. We have a history that has been fabricated by Nineteenth Century romantic writers”.

If the logic is that clear, if it is apparent, to anyone who thinks about it, that the festival is phoney, then why does someone not set forth the matter in plain terms?

“People have tried to do so,” he says. “People who have researched the subject have even changed the Wikipedia entries so they reflect what is known from proper historical sources and, do you know what? Within two hours, they will be changed back to the drivel about druids. The case could not be simpler – no pantheon, no calendar, no Samhain – but do you think people want to hear that?”

Of course, few people would want to hear. Losing Samhain might lead to an unravelling of the fabric of “Celtic spirituality.” More significantly, it might damage profits in the shops. 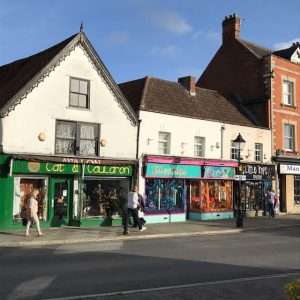