“To tell the truth, the whole truth and nothing but the truth.” It wasn’t just an oath in court, it was what was required of her pupils by our schoolteacher. Stories must be told without exaggeration and without embellishment; any suspicion of distortion or invention would have met with a stern rebuke. Our teacher lived in our small village, she knew our families, she knew our community, she knew our ways; to have told an untruth would have been been silliness. Veracity was not virtuous, it was a wisely practical choice. Perhaps it made honest people of us, perhaps it also made us dull.

One autobiography seemed the very antithesis of the life we led, a volume of the life story of Laurie Lee. Not Cider with Rosie, but  its sequel, As I walked out one midsummer morning. Lee’s description of going to pre-Civil War Spain with no luggage other than a knapsack and a violin, and with no more than a handful of coins to spend, seemed a life beyond imagination of someone growing up in our tiny West Country village. Had I ever had the courage to go alone to a foreign land, had I ever had the courage to try to live on my wits alone, I would have fled home to England at the first sign of danger, Laurie Lee stayed in Spain and participated in the conflict. Except his story was challenged, there were assertions that he had not been where he said he was. The suggestion, even if it was unfounded, that his record of events was not absolutely correct somehow cast a shadow over the story, which is odd, because even if the books had been historical novels and not autobiographical accounts, they would still have been hugely captivating. If they had been told by someone who recounted every story with a dull obsession with exact detail, the stories would have had no appeal.

Why was our teacher so concerned that there be no inexactitudes? Wasn’t it good for children to have active imaginations, even if those imaginings were responsible for occasional embroidery?

Perhaps it was her age. Born in 1912, she would have been a young teacher during the turbulent days of the 1930s. The newspapers would have been filled with tales of the rise of the dictators in Europe; closer to home, the British Union of Fascists propagated their own brand of anti-Semitism and prejudice. Telling the plain truth would have been the most effective antidote to the tales told by the demagogues.  Perhaps an overriding concern with exact detail was not a dullness, but was a radical response to extremist propaganda.

Even now, describing events in a humorous or exciting way remains generally elusive. Poetic license would invite the feeling of being fixed with a steely gaze by the schoolteacher. “Is that true, Ian?” 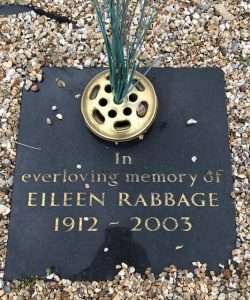