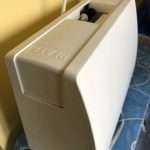 A sewing machine. I can tell it is a sewing machine and not a toaster because it has a reel of cotton on top and not a slice of bread. Tucked away, in a storage room, it belongs to one of my sisters, easily accessible for cloth creations she seems able to conjure at a whim.

At school, boys did things like metalwork and woodwork. Memories of metalwork are of making jewellery, pendants cut from copper with coloured glass melted onto it as decoration.And, if not making jewellery, then fashioning candle holders by bending steel and sharpening spikes. Woodwork had a similarly decorative feel, there were bookshelves and ornament stands – and, for the very adventurous, small stools or chairs. Woodwork and metalwork did not last for very long, by the time studies for public examinations came around, the more academic were separated from the saws and the screwdrivers. Nothing useful is remembered from those days of annoying the craft teachers (except for tucking my tie inside my shirt if using a machine, a skill I have never yet had to employ; the occasions for wearing ties have not been those where encounters with machines have been a possibility).

Girls seemed to learn useful things, like operating machines that produce things that can be used.

Needlework would have been considerably more useful to me than making copper pendants. Being able to sew on patches and repair seams were things expected of British soldiers in the Great War, why were they not expected of boys? The most famous tailors were men, so if tailoring was an appropriately “male” profession, why were boys not given such opportunities?

Cookery would have been even more useful than needlework. In A level years, there were female students who studied domestic science. There was much about nutrition and hygiene, but on Fridays they cooked wonderful food. It seemed an ideal integration of the academic and the practical, not that any eighteen year old males would have been found in the domestic science room. Why wasn’t there an expectation that boys would have learned how to cook during those secondary years? If cooking was considered suitably “male” in the military and in the expensive hotels and restaurants, why not in the syllabus of ordinary secondary schools?

Once I crossed the gender barrier, having an aspiration to be a journalist, I attended typing classes for a year when I was seventeen. A room filled with big old mechanical typewriters and young women pursuing secretarial courses was an intimidating environment for a solitary boy. (I failed the RSA Stage 1 typing exam – as I failed to become a journalist).

Hopefully, things have changed in the education system and the lines of gender have been blurred to the extent that boys emerge with skills they can use. There is much contentment in doing something useful. 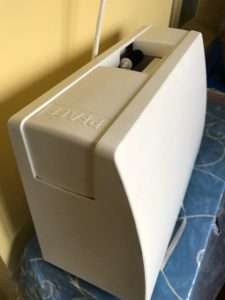