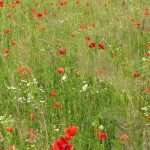 Tomorrow marks the thirtieth anniversary of the “Poppy Day Bombing,” the attack by the Provisional IRA on the crowd assembled for the Remembrance Sunday ceremony in the Northern Ireland town of Enniskillen. For many people, it was only when we returned from ceremonies in our own towns and switched on the lunchtime news that we heard of the awful slaughter in a quiet provincial town, the murder of innocent people who had gathered to remember the dead.

The carnage in Enniskillen on 8th November, 1987 was an example of IRA force at its worst, at its most ruthless, most merciless, most indiscriminate. Yet, after the horrific events of that Sunday morning, the words that resounded around the world were not those of bitterness or recrimination, but the gentle and gracious words of the heartbroken Gordon Wilson, whose daughter Marie died in the bombing. Gordon Wilson’s were like a brief glimpse of sunshine on a bleakly dark day.

It was almost seven years later that the IRA began to acknowledge that they could not bomb and shoot people into surrender; the first ceasefire was announced. It seemed that the ways of Gordon Wilson had triumphed over the ways of the semtex and the Armalite.

It was at the end of August that the ceasefire was announced. The following Sunday was the first Sunday of September of 1994; my sermon was not written down, it was not theological, it was not even vaguely religious. It was a retelling of Aesop’s Fable of the sun and the wind at a family service in a little parish church on the east coast of Co Down. These were not people who sat at a comfortable remove from the reality of the violence, they were members of a congregation where each would have had their own tale of the Troubles, including the deaths of members of their own families. My very first duty on appointment to that parish five years previously had been to help a family move to a place of safety after a suspected IRA member had been seen photographing their house; they were people who had experienced many dark moments. They listened attentively to the telling of the fable:

“The Wind and the Sun were disputing which was the stronger. Suddenly they saw a traveller coming down the road, and the Sun said:”I see a way to decide our dispute. Whichever of us can cause that traveller to take off his cloak shall be regarded as the stronger, you begin.”

“Thank you,” said one ageing farmer as we shook hands at the church door, “thank you.”

The ways of gentleness will always triumph in the end. Thirty years ago, Gordon Wilson taught us that forgiveness and reconciliation were the only ways to peace, that the sun will always defeat the wind. His lesson was hard-learned in the years that followed. 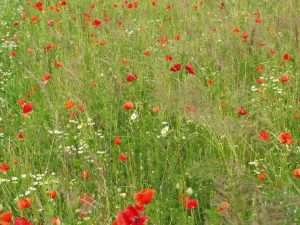