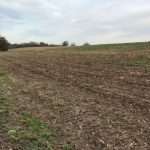 “We were on opposing sides in the Civil War,” laughed a local man. It seems his family had supported the Crown, whilst our family were Commonwealth people. Cavaliers versus Roundheads: ours had not seemed the sort of family who would support the beheading of a king, but which family did?

An uncle confirmed the tradition of the two families having stood on opposite sides at the Battle of Langport in 1645, “but we would have been the sort of people who carried the pikes,” he added. It seemed a much more benign view of the Crossman family, it was hard to imagine them as Puritans and regicides.

Perhaps the most realistic view of the two families is that they were like so many others through the centuries who had been caught up in wars not of their making; present at battles not because they had any desire to fight, but because the battles had come to them.

Wagg rhyne, the water across which the two armies faced each other is hardly more than a stream. There are no significant landmarks, no strategic positions, no redoubts. The countryside is what the school geography teacher used to describe as “undulating lowland.” It is here that it is estimated that the royalists lost three hundred men and that a further five hundred were captured; the losses among Cromwell’s men are unknown. Even the name of the battle was incorrect, it was not at Langport. The parish of Huish Episcopi lay between Wagg and the town; the fields lay in the parish of High Ham; Cromwell referred to the victory as the “Long Sutton mercy.”

Three hundred royalist deaths among the royalist army, along with many injured, together with the parliamentarian casualties, perhaps meant a total number of men who were dead or injured that approached a thousand. It is a small total when set against the horrifying losses during the Twentieth Century, but walk the fields at Wagg, and it is hard to imagine.

Memories of the horrors would have lingered for many years afterwards and, approaching 375 years later, some can still recall which family took which side. Perhaps it is good to have been the sort of people who carried the pikes, we can sit and laugh at the old enmity. 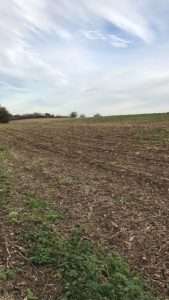