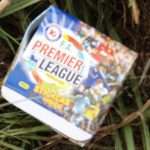 This week’s Football Association report on the cost of attending soccer matches is as much a testimony to the enduring commitment of supporters as it is to the greed of clubs and overpaid players. It seems that the average age of a season ticket holder is now 41 and there is a concern at the increasing age profile. Packages have been devised to attract younger spectators, including discounts of hundreds of pounds on tickets for the season, and matchday tickets that might cost one-third of the price of a full cost season ticket, but it seems younger football fans prefer playing fantasy football with electronic devices, or watching television broadcasts in a pub.

Perhaps the issue is one of cost, or one of the successful promotion of the sport, but perhaps there are deeper questions to be answered; football was a matter of faith and in a post-faith age, are there still people who are prepared to commit significant parts of their lives and incomes to following a team?

“. . . It was agreed, that my endeavours should be directed to persons and characters supernatural, or at least romantic, yet so as to transfer from our inward nature a human interest and a semblance of truth sufficient to procure for these shadows of imagination that willing suspension of disbelief for the moment, which constitutes poetic faith”

Football supporters have an irrational fondness for characters they create in their own minds; the players they follow week by week may be mediocre mid-table journeymen, whose prospect of ever playing on the international stage is very remote, yet they will be invested with extraordinary talent by the supporters of the club.

Given the dominance of soccer by a handful of big clubs, and a realisation that the majority of clubs have no prospect of winning anything, being a football supporter seems to accord with Coleridge’s ideas concerning the “willing suspension of disbelief for the moment, which constitutes poetic faith.”

What else other than a willing suspension of disbelief would prompt tens of thousands of people each week to attend matches involving clubs whose prospects of silverware are minimal, clubs for whom avoiding relegation is deemed a success. The triumph of Leicester City in 2016 is the exception that proves the rule, after one season of variation, the handful of clubs who have dominated English soccer for more than twenty years was re-established.

There are grounds that are full every Saturday, there are others where the empty seats are plentiful. It demands an act of faith to commit oneself to following a club who will never be triumphant, and how many younger people will make such a commitment? A generation used to personal triumph on the Xbox or Play Station and televised triumph on the screens in the pub is likely to be disinclined to buy a ticket for a mid-table clash of teams whose support base would not fill even a modest stadium.

Coleridge talked about “poetic faith,” if the absent generation is going to be lured through the turnstiles, the FA is going to have to inspire a poetic response from younger fans, to encourage them to believe in their team, even if few other people would do so. 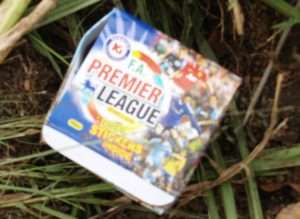