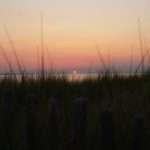 There are days that would remind one of Joe, particularly a meeting with Joe on a damp evening.

Stepping out of pouring rain into the dryness of a local supermarket, I had met Joe, the shop owner’s uncle, dressed in wet weather gear, pushing his bike between the dairy counter and the cakes. He greeted me, “Ian, a fine evening, thank God”.

“Ah, a fine evening, though”, he smiled.

Recounting the conversation to a local farmer the following day, he said. “Of course it was a fine evening, wasn’t the rain soft and warm instead of heavy and cold?”

Our culture has become one that dwells too much on the vexatious. Phone-ins have become the staple diet of speech-based radio; to sustain interest even trivial concerns become magnified into matters of principle. Social media seem often a platform for sharing annoyances that in former times would have passed unremarked. If one’s perception of the world was governed only by images and words received electronically, then there would be a feeling that the world was a place filled with a palpable sense of frustration and anger.

A tiring and frustrating day can leave one feeling like an aggravated caller to a heated discussion programme, perspective is lost in the flurry of annoyances that fill the forefront of the mind. Were Joe around, in his gentle and soft voice might say, “Ah, a fine evening, though, Ian.”

And, of course Joe would be right, whatever things will have happened in the course of the day will generally be trivial and unimportant in the wider scale of things. Countless millions in sub-Saharan Africa would delight at the prospect of living even the meanest of lives in Europe: minimum wages and long hours would be enthusiastically embraced by those for whom daily existence is a struggle. The chance to feel tired and aggrieved would be thought a luxury by those without work or home or prospect of change.

In childhood days, leaving food on the plate at the end of a meal would invite a rebuke. “Eat up,” adults would say, “think of the children in Africa.” To be honest, the thought at the time was that they would have been welcome to the school dinners we endured, but such thoughts were never spoken.

Fifty years later, the rebuke has a wisdom about it. European frustrations tend to be small in the context of wider realities. The evenings are fine. 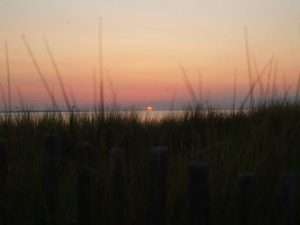