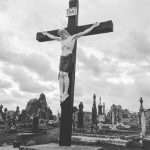 The nine o’clock news on BBC Radio 2 came to a conclusion and the cheery presenter began his programme. A brief menu of what was in store for listeners included the fact that “the padre” would be coming in and that this morning it was Father Steve, “come on the left footers,” said the presenter, a comment that probably left most listeners baffled.

Not since moving from Northern Ireland in 1999 had I heard the term “left footer.” It derived from the use of spades for cutting turf, it was said that there were different customs in different areas and that those from some Roman Catholic areas dug with the left foot rather than the right. Never encountering any evidence of such a custom, it seemed that the story was a post hoc attempt to rationalise a term that often arose from prejudice on the part of the speaker.

Within the Protestant community there were various euphemisms for those who did not belong to the Reformed tradition, they were “from the other side of the house,” they “dug with they other foot,” were among the milder. “Left footers” would often have been spoken with more vitriol, it might have been used by those who spoke of “paddies” or “micks” or “tims.” Most vitriolic was the word “taig,” derived from the “Tadhg”, the Irish for Timothy, though few of those using the word would have been aware that the term of abuse they painted on walls and shouted at protests originated in the Irish language they spoke of with contempt.

Sometimes pejorative terms can be disempowered through their usage by those to which they are applied, after all “Methodist” and “Quaker” had their origins as uncomplimentary nicknames, but there was an uneasiness in hearing “left footer,” being used of a Roman Catholic priest, even if Dermot O’Leary, who used the term, is from a Roman Catholic background himself.

Not having lived in Northern Ireland for two decades, perhaps times have changed and words once hurtful have lost the power to wound that they once possessed; perhaps there is now an easy banter in which old insults can be exchanged with laughter. However, even the most superficial reading of news stories would suggest that such a spirit of accommodation is still a distance away.

Maybe “come on the left footers,” is a positive statement, an assertion of identity with those who for generations were the underdogs, or maybe it’s just something that confuses English listeners. 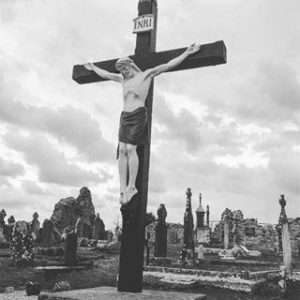