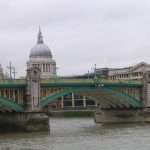 An anarchist would have responded to last week’s “revelations” of behaviour at the Presidents’ Club dinner with a shrug of the shoulders, “what is new? what difference does it make?” The story is a persuasive illustration of Dario Fo’s idea of the “liberating burp,” the scandal that persuades the public that everyone is accountable, whilst functioning to ensure that nothing changes.

It is the Fool in Accidental Death of an Anarchist who describes the functioning of the liberating burp; it is a concept that has been frequently applicable since the collapse of the financial system in 2008 and the subsequent use of public funds to cover the private debts of the banks. In a 1984 staging of the play, the Fool declared:

. . . scandals are the fertilizer of Western democracy. Let me say more. Scandal is the antidote to an even worse poison: namely, people’s gaining political consciousness. If people become too conscious we are screwed. For example, has the American government, a real democracy, ever imposed any censorship to keep people from finding out about the murder of all the leaders of the black movement, or the massacre of thousands of helpless Vietnamese? Not at all. They don’t even hide the fact that they’ve manufactured enough nerve gas and bombs to destroy the population of the world ten times over. They don’t censor these scandals. And rightly so. Because in this way people have the possibility of becoming indignant. Horrified. ‘What kind of government is this? Disgusting generals. Assassins.’ And they become indignant. And out of the indignation comes a burp. A liberating burp. It’s like Alka-Seltzer. But nothing changes.

Read financial pages and there are more influential women in the City of London than there are in most other professional spheres; read the Financial Times itself and female writers are commonplace. What the story did was to reveal anachronistic behaviour by boorish middle aged men who have lacked the capacity to adjust to a changed world;, what it did not do was to ask question about the nature of the financial Establishment.

It seemed almost convenient that the story should have broken during the week in which news of the collapse of Carillion might have prompted more widespread public questions of how money for public projects was used to pay rising dividends to shareholders. A small builder who took someone’s money and spent it on his friends would have been investigated by the police; in the corporate world, the investigation is by the regulator. In schooldays, taking money given to one for a specific task and giving that money to one’s friends would have been regarded as theft; in the financial world, words are much more nuanced, no-one will go to prison.

The Presidents’ Club scandal will occupy more column inches, but bring no change. The Carillion scandal will become a matter of ongoing investigation that will lead to a report and no changes. It is all a burp. 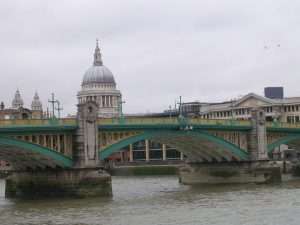