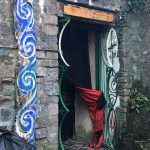 Imbolc was celebrated in Glastonbury today; the awakening of Brigid, the Earth goddess; the celebration of the return of the light. Four voices spoke to the North, East, South and West, invoking the four elements, Earth, Fire, Air and Water. The Imbolc fire was lit and the gathering moved into the darkness of the White Spring shrine where water flowed in abundance, each person receiving a candle as they entered.. The candles were all extinguished and the space was filled with a deep darkness; a speaker invited those present to imagine seed deep within the Earth, pushing upward toward the light. A reflective silence ensued. Flame from the Imbolc fire was brought inside and shared, “the light has shone in the darkness,” declared a voice, “and the darkness has not overcome it,” came a response.

The ceremony owed much to the Christian Easter vigil, and much to the imagery of the opening chapter of Saint John’s Gospel, and, of course, it was of dubious historicity.

The Imbolc tradition lacks much by way of an historical foundation. Celtic people had no shared pantheon, no common calendar, and there is no evidence of universal religious beliefs. Tales of druids and the like owe more to fanciful Nineteenth Century writers than to any documentary or archaeological sources. Brigid’s Day does mark the end of a quarter beginning at the 1st November, the three months of the year with the least daylight, but our Roman calendar was not used in Celtic times. Observing 1st February as the spring festival is to retroject modern ways of counting time into times when such a system of measurement simply did not exist.

Does it matter, though, if historicity and timing are questionable? Isn’t Spring something to be celebrated, no matter when we believe it starts?

Perhaps there is something much deeper than just calendars and meteorology, though, perhaps spring is something existential. Spring touches something deep within us; perhaps in our sub-conscious, perhaps even consciously, it is an affirmation that we are survivors, perhaps there is a deep unspoken realization that the winter season that claimed our ancient ancestors has again been defeated. It’s not when spring begins that matter, it’s what it means. Imbolc, whatever and whenever it may be, is about our state of mind. 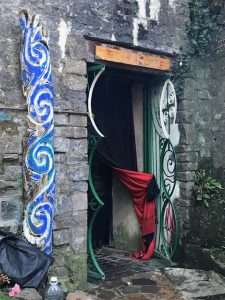