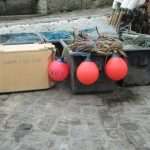 Driving north from Bridgwater at teatime, there was an odd smell in the air. One thing was certain, it was not the now defunct cellophane factory, it was an unmistakable presence – on summer days, its distinctive aroma could not have been missed by those bound for their holidays in the West Country. Oddly, the thought of passing it on the M5 motorway sealed its association with sunshine days in Devon or Cornwall.

The association between smell and memory is strange; it seems able to evoke memories that otherwise would hardly be worth recalling.

Jeyes Fluid never fails to recall thoughts of the outside toilets at our two teacher primary school.  We were not at al behind the times; we had a kitchen where dinners were prepared every day for the forty pupils, we had a telephone in the school when many houses still relied upon the call box on the village green; we had a school television upon which we watched BBC and ITV schools programmes; we had mains drainage; but the toilets were still treated with lashings of Jeyes Fluid, as if there would be a risk of some dangerous tropical illness if the scent of the dark coloured liquid every faded away.

The smell of dead animals conjures thoughts of times contemporaneous with those evoked by the Jeyes Fluid.  There was an abbatoir a few miles from our village.  Much of the year its presence was unknown to all, except those who drove down the road on which it was located, but there were days in high summer when its smell would drift across the fields.  Perhaps the summer heat necessitated the doors of the plant being open, perhaps the heat hastened the process of putrefaction; but the scent of anything dead brings with it memories of Friesian cattle grazing in deep green meadows, of leafy hedgerows and the sound of distant tractors.

Fish on a supermarket counter have hardly a scent, but if one stands close, it is the scent of Lyme Regis on a summer’s day; the mackerel boats tied up along the harbour wall; the punnets of cockles and mussels being bought from a stall in the street; the sound of nylon fishing line unreeling rapidly as a cast is made by a fisherman standing at the end of The Cobb; the taste of chips and vinegar and candy floss.

Cellophane, school toilets, dead animals, dead fish, they seem unlikely sources of happy memories. Perhaps the mind engages in some sort of redemptive process, taking the unpleasant and tying it to the desirable so as to make it seem somehow different.  Perhaps we have a built in tendency towards revisionism; towards rewriting our personal history to make our lives, and so make ourselves, somehow different. 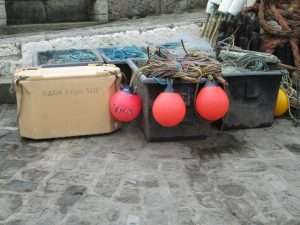