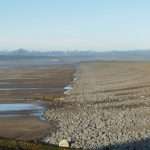 You should be dancing evokes memories of the long, hot summer of that year, the family holiday at Westward Ho! and particularly a Sunday evening in the North Devon town of Ilfracombe. In those days when BBC Radio 1 broadcasts ceased at 7 pm, Radio 1 then joining Radio 2 for programmes by presenters like Charlie Chester, it must have been that The Bee Gees were being played on the Sunday evening chart programme on 247 Metres Medium Wave. The only other station that played pop in those times was Radio Luxembourg and reception of its programmes on a car radio in the West of England was never great. Radio Luxembourg was for listening to late at night to hear songs banned by the BBC; it was not for listening to with the family on a bright summer’s evening.

But if the chart programme on that August evening included You should be dancing, why is it the only song that remains in the memory? How many songs did they play in those days? Wasn’t it just the Top 20, with little time being devoted to songs that were on the way down the chart?

There must have been a dozen more more memorable songs at the time. The only other song that comes to immediate recall was Elton John and Kiki Dee singing Don’t go breaking my heart; was that really the best of the rest? It was claimed that the appearance of punk music was due to pop being in a complete rut at the time when the Sex Pistols released their first dreary, tuneless, nihilistic offering. But even if music was in a rut (and the disco music so despised by rock fans was still to reach its peak with the rise of to stardom of John Travolta), why would The Bee Gees remain deep in the sub-conscious, why would the sound of a particular song immediately conjure happy thoughts of a particular place on a particular evening?

Perhaps there is a sub-conscious desire to atone for rude things said about The Bee Gees, who were undeniably great performers. Perhaps You should be dancing connects with some subliminal sense of opportunities being lost; discos not attended, chances to dance being refused. Perhaps it is just that it is irrepressibly cheerful music.

A sense of order was restored to the universe when discovering that You should be dancing had been released in the early summer of 1976 and had been used in the sound track to the film more than a year later. The memory was correct.

I hope John Travolta had a good birthday. 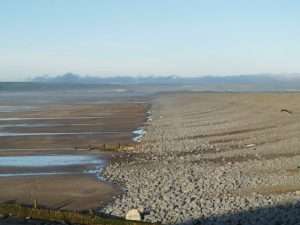