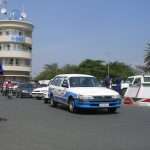 When I landed in the republic of conscience,
it was so noiseless when the engines stopped.
I could hear a curlew high above the runway.
At immigration, the clerk was an old man
who produced a wallet from his homespun coat
and showed me a photograph of my grandfather.

Writing on human rights and reflecting on the poem, Heaney wrote, “I took it that Conscience would be a republic, a silent, solitary place where a person would find it hard to avoid self-awareness and self-examination.” Is conscience a silent republic, though? Is it a solitary place within, uncrowded by other people?

Landing in Bujumbura is to land in the worst of republics, it is to land in a clamouring and grating place, but it is as much a place of self-awareness and self-examination as anywhere poetic might be.

A first landing there was unexpected, the flight was bound for Kigali and it seemed we had arrived early, but the airline seemed to think announcements regarding the route were unnecessary, every other person on the flight was familiar with the practice of setting down and picking up. Fifty-one pieces of luggage were taken from the aircraft by thirteen baggage handlers, their recompense could have been no more than a handful of coins.

The second landing, two years later was deliberate. A companion and I were the only Europeans to leave the plane. Walking to the terminal, a friend stepped out to meet us. He had fashioned himself a pass that had the look of officialdom and had laminated it in his office. “I need to get you through, or they will give you trouble.” A three day visa cost US$90 and there were words between the friend and an immigration official as we passed through.

Every sensation in Burundi troubles the conscience, asks how a world of abundance can allow such a republic to persist. The Republic in which Heaney lived and wrote was within touching distance, we sat in the bar of the hotel, following the election of another poet as President of Ireland. The gentle unassuming softness of Michael D. Higgins contrasted with the corrupt dictatorship outside the glass doors of the foyer. Stepping into the car meant heading into streets of chaos and encountering people living in absolute poverty.

Burundi is a land which brings repeated moments of introspection, only the most insensitive person could avoid self-awareness and self-examination. Were one to write a poem on landing there, the immigration clerk would be a far remove from an old man connecting one with one’s past, instead, he would be someone confronting one with all of one’s fears. 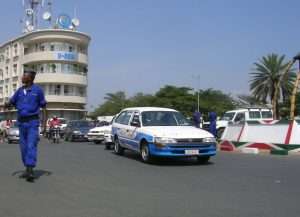