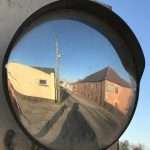 The voices of young people in Langport car park are unusual on a February evening. It was 5.30 pm, not long short of sunset, a half dozen or so boys, twelve or thirteen years old, had gathered with their skateboards. Dressed in hoodies and jeans, they might have been attired for a summer’s night. The car thermometer said it was minus one outside, but it did not feel as though it was sub-zero weather, it felt like a day much later in the year, a day when it would be expected that boys would gather. Successive days of blue skies and bright sunshine had changed the mood. Whatever the stories from tabloid media about storms from Siberia (what happened to the vast land mass in between?), and “the beast from the East,” (since when did the possibility of two inches of snow merit such an epithet?), in our corner of Somerset it was springtime.

Sunshine makes us different. Ask anyone dealing with people on a daily basis, whether the doctor at the local clinic or the checkout operator at the supermarket, and they will agree: people are healthier and happier when the sun shines. Visiting people in parishes for more than thirty years was a much easier task on days filled with bright sunlight.

Perhaps there is an atavistic strain within us, a subliminal desire to recapture the warmth and light we knew in former millennia, before the times when our forebears crossed the Mediterranean and began their slow migration to the cold lands of the north. If a desire for sunshine is not something rooted deep within our psyche, then why do millions of people spend billions of pounds seeking the sun, in winter as well as in summer?

Sunshine is filled with good things, it contributes to good health, emotional as well as physical, and it works at a societal as well as an individual level. In summers past, there was a street driven on some holiday evenings. On the left hand side of the street was a terrace of houses. Each fine evening, at the doorway of one of the houses, a lady would place a chair from her kitchen and would sit and watch the affairs of the day. Usually, one or more neighbours would come and join her, passing the evening in conversation and watching the passing traffic. It seemed a perfect picture: the close knit community, the fine summer evenings, the contentment expressed in being able just to sit and watch the world.

Perhaps the boys would not have articulated it in such terms, but perhaps their gathering was about being a community and being contented, and enjoying the sunshine whenever it comes. 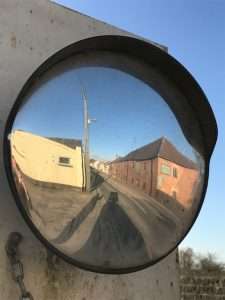