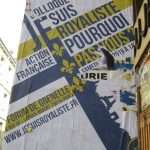 A meme appeared on social media,

“How do people motivate themselves at 5-6 in the morning to go to the gym? I struggle to crack a smile until 2 pm.”

Thousands of people had expressed a “like” for it, but why? Is this really something that they found humorous? What is there in persistent grumpiness that would make it something to which one would admit, let alone wish to share with others? Why would someone think the ill-temper of another person something that was likeable? Anyone who possesses access to electronic media and who boasts boast at feeling unable to smile before two o’clock in the afternoon would seem to have a perspective disconnected from the realities of the lives of the hundreds of millions for whom finding a cause for smiling really is something difficult. Being grumpy is not a significant matter, though, generally it causes misery only for the person themselves.

At a deeper level, social media seem to have become fertile ground for anti-social sentiments. Online activity can connect people whose attitudes would otherwise have been those of a small minority, affirming them in their views and encouraging them in their loyalty to the group and ownership of its ideas and objectives.

Reading New Scientist’s account of psychologist Muzafer Sherif’s 1954 “Robber’s Cave Experiment,” in which two groups of boys on summer camp in a state park were encouraged in bonding together as groups and in developing hostility toward the other group, there is a frightening reminder of how loyalties and animosities could easily develop. Unchallenged attitudes and assertions could lead people to violent words and behaviour.

Muzafer Sherif’s research would not be possible now, no academic ethics committee would approve a proposal that suggested such manipulation of people. Even an online project would be ruled unethical, a project where one deliberately sought participants for a group and then deliberately sought to create conflict between them and a similarly created group, but such sentiments and animosity seem to be appearing spontaneously.

A meme expressing a lack of comprehension of those who go to the gym early is of no consequence, but what about sentiments that are less benign? Even the most cursory of searches will produce a multitude of examples of groups where material shared strengthens their own identity and intensifies the feelings of hostility toward others. In ordinary social contexts, the hostile attitudes are subject to numerous cross-pressures, from friends who question one’s stance through to direct encounters with those to whom one feels hostile. In online communities, self-selection means those cross-pressures disappear, people communicate only with those who share their views. The potential for social media to create conflict seems as great as their potential to promote harmony. 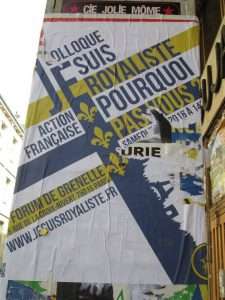