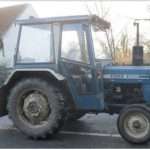 Until yesterday, “Harry Truman” was a name I only associated with the vice-president of the United States who became president at a crucial time in world history, at the death of Franklin D.Roosevelt in 1945.  Perhaps Harry S. Truman was such a major figure on the international stage that other Harry Trumans disappeared from view. Reading Atul Gawande’s “Being Mortal,” one encounters a Harry Truman who might have possessed no political power, but who was a man significant for anyone who thinks about the inexorable process of ageing.

Harry Truman lived on his 54 acre farm at Spirit Lake in the state of Washington. Eighty-three years old, he had served in the Great War and had been a bootlegger during prohibition. Following the death of his wife five years previously, Harry Truman lived alone with his sixteen cats. Harry Truman’s farm was close to Mount Saint Helens, an active volcano that threatened to erupt. Other people had been evacuated to safety, but he refused. The volcano might never erupt, his house might be looted, but, more significantly, this place was his life. The authorities pleaded with him, but he was obstinate in his desire to remain in the place that was his own. The police contemplated arresting him, but Harry Truman had already attracted publicity and television images of uniformed officers removing an old man from his home would not have been good publicity. In May 1980, Mount Saint Helens did erupt and Harry Truman and his cats disappeared.

There is something very life affirming in the story of Harry Truman, the sense that he recognised the difference between being alive and living. Atul Gawande’s concern is with life that is worth living, his descriptions of nursing home care are familiar and, sometimes, chilling in their incisiveness.

The medical emphasis on preservation of life can sometimes fail to ask questions about what that life means. Harry Truman retained the autonomy to take his own decisions, others of his age may not have the physical health or the cognitive capacity to retain independence, but who has the right to take decisions on their behalf?

Having worked in rural communities, the question of retaining one’s independence is often as much one of attitudes and expectations, as it is of physical or mental capacity. In one place, a ninety-three year old woman would climb onto her tractor each morning, and people expected her to do so because she had always done so. How many older people could remain young because they were expected to stay young? Harry Truman remained on his farm because he was expected to remain on his farm. Is part of the answer to having a life worth living in what we expect, from ourselves and others?

Expectations can both pull us along and allow us space to be ourselves. Medical and nursing care are no more than ancillary activities to the business of living a life worth living. 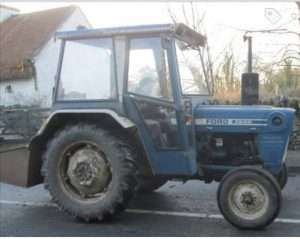