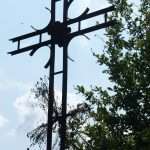 If Palm Sunday had happened this year, would things have been so different?

Jesus of Nazareth was an openly radical leader: he spoke for the poor and the marginalised; he treated women as equals; he was inclusive of those despised by the elites. Matthew’s Gospel says that when this known radical rode into Jerusalem, “the whole city was stirred.” Gossip and rumours would have circulated; malicious stories would have been spread by the opponents of the troublesome Galilean. There would have been a mood of expectation, a raising of hopes, an anxiety about how events would unfold, a fear of violence. The powerless would have been imbued with a feeling of optimism; the powerful would have been possessed of a grim determination that nothing would change.

In 2018, the gap between the powerless and the powerful is greater than in the First Century. The person living on the streets is as poor as in the time of Jesus; the billionaires have wealth beyond the dreams of those who were rich in Jerusalem. The religious leaders in Jerusalem preferred ceremonies to condemnations of injustice and inequality, they preferred wearing robes to feeling righteous anger at the suffering of the poor and the oppressed. The religious leaders in 2018 resemble their counterparts two thousand years ago; fine buildings, fine vestments and fine words, but no action for justice nor any for peace.

A century ago, “Woodbine Willie,” Geoffrey Studdert-Kennedy, the Great War priest and poet, suggested that the arrival of Jesus in the Twentieth Century would be a matter of indifference, that those who plotted against Jesus and then killed him would now just ignore him:

When Jesus came to Golgotha, they hanged Him on a tree,
They drove great nails through hands and feet, and made a Calvary;
They crowned Him with a crown of thorns, red were His wounds and deep,
For those were crude and cruel days, and human flesh was cheap.

When Jesus came to Birmingham, they simply passed Him by.
They would not hurt a hair of Him, they only let Him die;
For men had grown more tender, and they would not give Him pain,
They only just passed down the street, and left Him in the rain.

Still Jesus cried, ‘Forgive them, for they know not what they do, ‘
And still it rained the winter rain that drenched Him through and through;
The crowds went home and left the streets without a soul to see,
And Jesus crouched against a wall, and cried for Calvary.

A century later, in a polarised society, in a world of fake news, in times characterised by the rise of religious intolerance and political extremism, the reaction might be very different from that envisaged by Studdert-Kennedy. The arrival of Jesus in a capital city in 2018, the arrival of Jesus this week, would set the Twitter feeds into a frenzy, it would fill the Facebook posts, WhatsApp images would be shared around the world. And what of the reaction of the powerful?

Would there not be stories in the tabloids filled with supposed “revelations”? Would the Internet trolls not be filling comment columns with invented allegations? Would websites not be carrying stories from those who claimed to know him? Would the powerful not be doing their utmost to tarnish his name, to engage in a campaign to slur him, to seek to undermine his teaching by attacking the man himself? There would not be an indifference to a leader who posed a serious challenge to the status quo, who asked fundamental questions about the nature of society. And, if the slurs and the misinformation were unsuccessful, then what? Would there be the resort to nerve agents, or other similar devices for removing dissident voices?

If Palm Sunday happened in 2018, would the outcome have been any different? 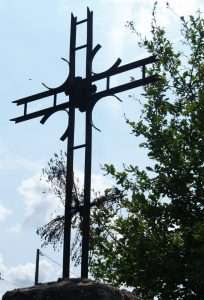