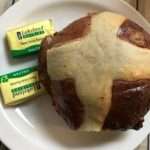 The hot cross bun at the café in Glastonbury came with two pats of butter, each with a distinctive Lakeland Dairies wrapper, bearing a shamrock logo. Butter from the Lakeland creamery at Killeshandra in Co Cavan seems common in this area. Once, when asked in a Taunton café, none of the staff seemed quite sure why they were using Irish butter, one suggested that it was what was bought at the cash-and-carry.

Butter from Ireland is entirely unremarkable, as are products from other European countries. Who would pick up Président camembert or brie cheese, and comment that it was French? Or a bottle of Leffe beer, and say it was Belgian? Who would purchase any of a range of European produce and think their choice was something that was notable? In a year’s time, will all this have changed? Will all the things that we might now routinely buy be missing from the shelves? Will the supermarkets resemble something from the old East Germany, choices limited and some items entirely absent?

A politics lecturer at the LSE used to argue that the claims by governments to have mandates for particular policies were unfounded. People rarely read manifestos and rarely voted on the basis of particular policies, instead they voted against what they disliked; governments were voted out of power rather than oppositions being voted in to power.

Amongst the political leaderships on both sides, who are guilty of duplicity and obfuscation, there must be a growing realisation that acrimonious arguments regarding immigration and ethnic and religious diversity, and inconclusive debates over the location of constitutional power, are threats to the thing we most take for granted – the free movement of goods. It is Co Cavan, and its cross-border butter trade, that points toward an honorable settlement of a dispute that has caused so much rancour and division. 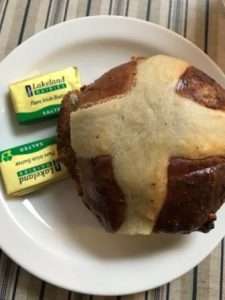