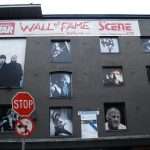 It is more than forty years since Jethro Tull recorded “Too old to rock and roll, too young to die.” The song tells of an old rocker who feels the world he had known has gone, that time has passed him by, that the music and the culture he loved has become an anachronism. He gets onto his motorcycle and rides into Scotch Corner on the A1 at one hundred and twenty miles per hour. The resulting tangle of bent metal, broken bones and torn flesh is his attempt to escape from a world in which he believes he no longer has a place. The song has a happy ending, the old rocker survives the crash and regains consciousness in a time when things for which he lived have regained a place in the contemporary culture.

Forty years ago there would not have been an awareness that the time when an old rocker felt the need for a final and terminal motorcycle ride would never come. When the song was recorded in 1976, it had only been twenty years since rock and roll music had heralded the beginning of a social revolution. The excitement of the 1960s had been replaced by the nihilism of punk music’s protest against the society of the times. It seemed unlikely that the old rocker’s dream of a new time would come true.

But the unexpected happened, the children of the rock and roll revolution decided not to grow up. Whilst their forebears might have tuned into Charlie Chester on BBC Radio 2, those who danced to the music of the late-1950s and the 1960s decided they would continue to listen to the music of their youth. Bands that played fifty years ago found that they could still sell records, still play gigs, still enjoy the following of devoted fans as they toured around the country. Chronologically, they might age, but in their music, they remained forever young.

Watching a seventy-seven year old Dave Berry in the company of 1960s pop group Vanity Fare, the auditorium was filled with enthusiastic listeners who clapped and sang along, familiar with the lyrics of successive songs. Berry spoke with self-deprecating good humour, sugggesting at one point that the audience should be impressed because on stage there was at least a thousand pounds worth of government heating allowances.

Whatever age those in the seats might have been bodily, in heart and mind they were still the young people who went to dance halls on a Saturday night. A cohort has emerged who might not be too young to die, but who are never too old to rock and roll. 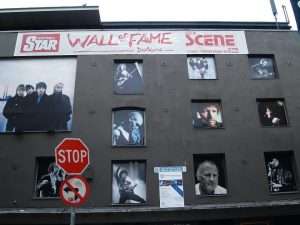