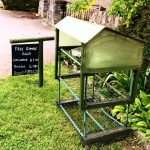 It is Somerset Day. It is the fourth annual county-wide celebration of what Somerset means to its people. The county flag, a red wyvern on a yellow background is much in evidence. The date was chosen because it marks the anniversary of the victory of King Alfred over the Danes. It is said that it was on 11th May 878 that Alfred’s Saxon forces were victorious, leading to the baptism of the Danish King Guthrun at Aller and the talks that resulted in the Peace of Wedmore. The historicity of the claims might be questioned, but so then might be the date of Christmas, Saint Patrick’s Day and countless other commemorations.

The county derives its name from ‘somersaete’, alleged to mean the summer lands. Centuries ago much of the county would have lain under water for much of the winter, only in the summertime when the waters retreated would the county assume its full dimensions. The county embraces a great diversity, from the rugged uplands of Exmoor to the dramatic rock faces of Cheddar Gorge, from the seaside towns of the Bristol Channel to the villages set deep within rural landscapes, from the Georgian splendour of Bath to the eccentric esotericism of Galstonbury, from the medieval wonder of Wells Cathedral to the massive nuclear power project at Hinkley Point; in the midst of it all are the Levels.

Asked where I lived earlier this week, I said, “High Ham,” “Oh,” said the person, out in the middle of the Levels.” Despite it being six thousand years since the sea retreated to Bridgwater Bay, it made the village sound like an island, the Levels are still a place apart.

It is more than thirty years since Patrick Sutherland Adam Nicolson published their book Wetlands, The book showed a world anachronistic even in the 1980s; a farmer in a field milking by hand one of his herd of thirteen cows; loose hay being loaded onto a trailer with pitchforks; cider being pressed in farm barns; sheepskin coats being stitched by a woman working at home. Yet there was always a spirit of optimism, one farmer interviewed declared, “We’re not old rustics out in the sticks here, you know. You’ve got to have a bit of push in a place.”

A bit of push is what there has been, towns that had fallen into long-term decline have been revived. Langport, which was once described as being in a “humdrum retirement” is now a place of thriving businesses. Villages have found a new vigour, community groups are thriving. And, in the middle of it all, the old ways continue, one can stop at the side of the road, pick up half a dozen eggs and leave payment for them in a plastic tub. Money might lie all day, and remain untouched. A bit of push has been accompanied by a holding on to good things. It is stuff worth celebrating. 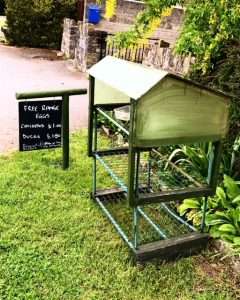