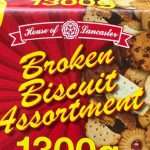 There would have been smiles that it was now possible to buy boxes of broken biscuits; smiles that such a product was labelled in such bright letters; smiles that something that had once been a treat for poorer families was now marketable.

One of the sources of smiles among them was telling of a grumpy shopkeeper they had known, who never failed to rise to the provocative bait of mischievous schoolboys. “Do you have any broken biscuits?” they would ask him.

“Well, fix them,” they would shout, before running out of the shop.

Undoubtedly, he had heard the joke hundreds of times and, despite his grumpy appearance, he probably took a secret delight in successive waves of schoolboys coming to his shop.

Two summers, forty years ago, were spent in the company of the broken biscuit story tellers. The youngest among them was in his fifties, the oldest had been born at the turn of the century, their tales were from days of austerity and warfare. Annoying shopkeepers would have been a happy diversion from many of the harsher realities of everyday life.

The men were of the generation who still referred to the 15 minute morning break as breakfast. The break was at 9.45, two hours after the start of the working day. When they had started working there, the day had begun at 6.45, the fifteen minute break, which was unpaid, had been a chance for breakfast. They tolerated poor working conditions without asking questions. There was a toilet, but no basin in which to wash your hands after using the toilet, or after working in the fields and breaking to eat. A rain water butte outside the door offered the only possibility of removing dirt from one’s hands. (there was no soap); a pile of old newspapers was provided in lieu of any hand towel. Anything like a kettle would have been unimaginable, if you wanted tea, you brought your own flask. When working in the fields, there were no facilities of any sort. Sandwiches were often eaten with an accompaniment of soil. The wages were the minimum set down by the now defunct agricultural wages board. The working day ended not before five o’clock, though time worked afterward was never paid. In former times, the 6.45 am start had meant a ten hour day ending at 6.00 pm.

Perhaps the tales of broken biscuits were a consolation, a reminder they had been through times considerably worse, times when any work would have been welcome and when being sick might cost every penny they possessed. None of them now remain who would have enjoyed enjoy the sight of a box of broken biscuits. 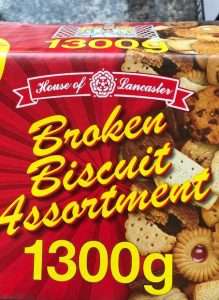