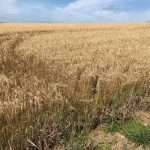 A farmer I knew in rural Ulster was once challenged about haymaking on a Sunday. “Better the day, the better the deed,” he said, enigmatically, as he set off to return to the fields where his sons were at work. Years later, I discovered his words had come from an early 14th Century French proverb. Seventeenth Century Presbyterianism created a sabbatarian tradition in Ulster that turned Sunday from being the first day of the week into an equivalent of the Jewish sabbath, Saturday, with all its strictures and legalism. Odd as it seems, Jesus would have been more likely to have expressed sympathy with the farmer than with those who criticised him for haymaking on a Sunday. Read Saint Mark’s Gospel and the sabbatarian tradition is the one that Jesus not only ignores, but openly criticises.

Saint Mark Chapter 2 Verse 23 says, “One sabbath he was going through the grainfields; and as they made their way his disciples began to pluck heads of grain”. Why were they taking this Saturday walk through the cornfields? Jewish tradition was clear about how far one might walk on the sabbath – it was 2,000 cubits. A cubit was eighteen inches, so it was permissible to go 3,000 feet or a thousand yards, roughly one kilometre. Anyone who enjoys a walk in the country will know that a thousand yards is not very far; if you are walking to somewhere and back, it is barely more than a quarter of a mile each way. A sabbath day’s journey was intended to allow you only to walk as far as was absolutely necessary. Jesus and his disciples do not appear to be making a journey that was absolutely necessary, they appear to be out for a Saturday stroll. There is a casual air about the walk, the disciples are picking odd ears of grain, as many people living in farming communities will have done. After picking the ear, you rub it between your hands to separate the grain from the chaff, and then you eat the grains.

The religious people were watching, quick to criticize others, as religious people often can be. Verse 24 says, “The Pharisees said to him, “Look, why are they doing what is not lawful on the sabbath?” Jesus’s response is fascinating. He compares he and his disciples to David and his followers who took bread from the Temple when they were hungry. Jesus knows the analogy is not wholly appropriate, he and the disciples would have eaten before they left wherever it was they were staying, but he also know that people who think in a legalistic way are easily wrong-footed because they are so concerned with details that they miss out on the principles.

The Pharisees were silenced by his reference to David and then Jesus dismisses his critics in Verse 27, “The sabbath was made for humankind, and not humankind for the sabbath.” Dry legalism and dead religion have come before the principle of people having time for rest and refreshment and recreation. The sabbath was made for people to enjoy a walk in the company of friends, not for standing criticizing others because they do not agree with you. People should not live their lives just to uphold religious traditions that deny the enjoyment of those lives.

Like countless religious leaders through the centuries, the Pharisees were men accustomed to people taking notice of them. They were laymen, they had not the legal powers of the religious authorities, so relied upon browbeating and intimidation to compel adherence to their ways, to enforce obedience to their words. They were not going to let Jesus away with dismissing their opinions. Jesus goes to the synagogue, and the Pharisees are watching every move he makes. Chapter 3 Verse 2 tells us, “They watched him to see whether he would cure him on the sabbath, so that they might accuse him”.

How easy it would have been for Jesus to have decided to conform to the ways of the religious people; how easy it would have been to have spoken of the importance of upholding tradition. Jesus tells a man who had a withered hand to step forward and then he turns and confronts his critics, asking in Chapter 3 Verse 4, “Is it lawful to do good or to do harm on the sabbath, to save life or to kill?”

There is no response, because for them to have responded would have been for them to have admitted that their religion was one that did harm, that it was one that denied life. Chapter 3 Verse 5 says, “He looked around at them with anger; he was grieved at their hardness of heart and said to the man, “Stretch out your hand.” He stretched it out, and his hand was restored”.

The tradition of the Pharisees continues. 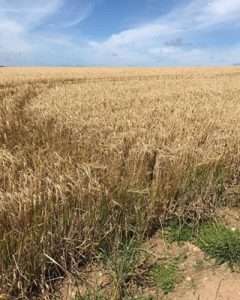