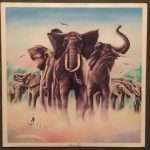 Elvis Costello and the Attractions topped the bill at the first concert I ever attended. It was in September 1978 at Brockwell Park in Brixton and was a free gig in support of the Anti-Nazi League. Not having seen him perform live in the forty years since that day of autumn sunshine in London, there came a chance to see him again on a June evening in Oxfordshire.

The supporting acts were Nick Lowe and The Waterboys. Nick Lowe’s songs were familiar, his presence like that of an old friend. The Waterboys seemed an angry interlude between Nick Lowe’s gentle solo and the main event of the evening. The performance of The nearest thing to hip included Mike Scott, The Waterboys’ lead singer declaring to the crowd that it would be “liberating” for them to be able to shout “shithole,” the word used in the refrain of the song to describe a town, the best parts of which are felt to have disappeared. The second stanza and refrain of The nearest thing to hip go as follows:

Everywhere that I go I see streets that are low
on distinction and high on the banal and the bland
How did we get to this? We plumbed the abyss
by the twisted grace of the law of supply and demand
Well, there’s no use crying and no use sighing over
stone, wood, wire, glass and cement
but there’s a little record store with a wooden floor
that ain’t there no more that I used to frequent

There was no suggestion as to how the use of the word would be liberating. Donald Trump used it of Haiti, El Salvador and countries of Africa, the England rugby coach used it of Wales, in neither case did it seem a word one would associate with freedom of expression. Even if there had been a puerile schoolboyish sense of mischief at using what grown ups might have thought to be a naughty word, why would anyone wish to do so?

No matter how dull a place might be, doesn’t everyone have a sense of pride in their own place? The lyrics complain that the town has been changed by “the twisted grace of the law of supply and demand.” Twisted or otherwise, that’s the way  market economics works. If the streets are full of the banal and the bland, that’s because those are the places where people are prepared to spend their money. One’s dislike of the choices made by people doesn’t make their town a “shithole.”

Perhaps the people of the town criticized may have a similar uncomplimentary opinion of the song. 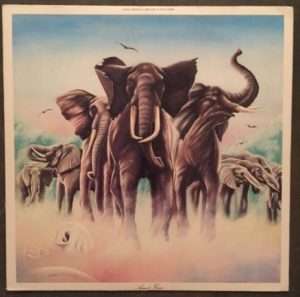