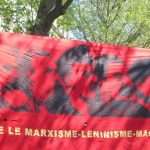 Forty years ago, the Militant Tendency, the Trotskyite group that had infiltrated the British Labour Party, were calling for the nationalisation of the top two hundred monopolies in the country. Sometimes the figure used in their literature was two hundred and twenty, sometimes it was two hundred and fifty. They never named the companies concerned so it was never clear which areas of the economy were considered to have the highest number of monopolies.

Even to an eighteen year old A-level economics student, the rhetoric seemed a piece of silliness – the sheer number of supposed monopolies suggested that there were numerous participants in markets. Perhaps their suggestion was that there were cartels that fixed prices, but that would have complicated the matter, they would have needed to have pointed out where the cartels were and which prices were being fixed – much easier to have a simple slogan that all monopolies should be nationalised.

The Trotskyites have returned. After decades of factionalism and mutual antipathy, the diverse elements of the Left have set aside the rivalries and enmities that were their hallmark in the 1970s. The Left has coalesced and mobilised its membership, the Labour Party now has more than half a million members; it has trebled in size since the time of Tony Blair; it has become the biggest political party in Europe. Labour Party members now outnumber Conservative Party members by seven or eight to one. The shift in the political position of the Labour Party is such that the Morning Star, the daily newspaper of the Communist Party, endorses Jeremy Corbyn and other leading members of his shadow cabinet.

The present narrative is one that might warm the heart of any ageing veteran of the unrest of 1968, were it not that the narrative is wrong. According to the arguments of the Left, the battle lines should lie between their mass movement and the companies and corporations in the hands of the monopolistic capitalists; the struggle should be about the wresting of power from the monopolies that control the economy. Brexit has confounded that narrative.

Even the briefest perusal of the news stories in the Financial Times each morning demonstrates that power does not lie in the hands of the companies that are the villains in the Trotskyite narrative. Were the senior figures of the major companies exerting the power imagined by the Left, the Brexit project would have been shelved long before its potential to damage trade and profits could emerge.

Opinion polls suggest that a Labour government will at some point emerge from the present period of political instability. When the ministers assume power, they may discover they hurt their very people who could have brought their constituents prosperity. 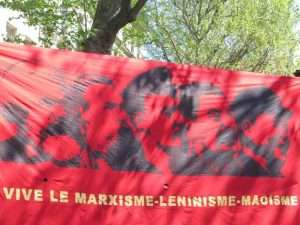