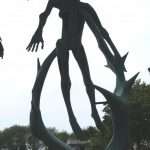 Populism thrives on laziness not just on the laziness of those who unthinkingly accept its slogans, but the laziness of those who know its propositions rest on distortions and untruths, but fail to speak against it. A climate develops in which words of intolerance and prejudice become acceptable and those who dare to criticize the populist rhetoric are considered to be unpatriotic and are labelled as “enemies of the people.”

The slide through the 1930s to the catastrophe of the Second World War and the death camps did not happen suddenly, it was the result of an inexorable process of prejudice and polarisation. Investigating German Protestant responses to the rise of National Socialism, historian Victoria Barnett’s book For the Soul of the People; Protestant Protest Against Hitler reveals the failure of moderate opinion to stand against the progress of intolerance and violence.

Asked about his response to Kristallnacht, the anti-Jewish violence of 9-10th November 1938, one vicar said, in subdued tones, “You know,” he said, “it didn’t move me colossally.” Then, his voice dropping even further, he attempted to explain:

That’s probably hard to understand. We had a few Jews in the area. There was a vet­erinarian, of whom it was reported that he had been picked up. It was also said that in S. the synagogue had burned down. But. Perhaps one had to have been in Berlin, to have seen it. At that time I was in a parish in the countryside …. Why it somehow didn’t upset me inwardly I can explain only in retrospect: that the range of vision was too narrow. We stood under observation …. I frankly admit to you that some­times you had to push yourself not to be a coward …. I had married in 1936, and then, perhaps, one isn’t so-I’m speaking unguardedly here, but I’d rather say it that way than weigh every word on the scale. When you have a child, then you’re not as courageous as the Catholic priests are, with their light luggage.

Only when the violence implicit in the rhetoric had gone too far did people realize what had happened in their country Another pastor who spoke to Victoria Barnett, recalled the reaction of his parishioners,

Now it could be seen. The Jews were driven together here and led through the entire city, with hands raised in the air, to the Festhalle, and there they were beaten­ dreadful stories. Some people said then, “No, that’s not what we wanted.” But it was too late. No one dared anymore, really, to open his mouth.

Would reactions elsewhere have much differed? Perhaps there was a profound sense of shame that nothing had been done to halt the fall into the hell that developed. The British had received incontrovertible evidence of the Holocaust by 1942.  Not only had military intelligence accumulated undeniable proofs, but the Jewish Chronicle ran news of what was taking place.  Yet the reaction was to try to avoid so unpleasant a fact.

When leading politicians demonise religious minorities, and are applauded by a significant element of the population, the history of the 1930s should be retold. 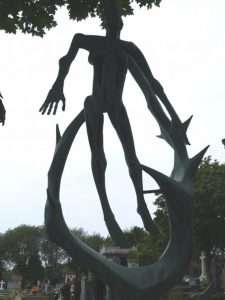