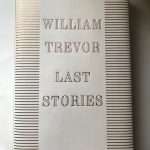 Once, a new book by William Trevor would have been something that I read voraciously, the pages would have been turned quickly, I would have completed the whole book in no more than a few days. Unlike his previous books, I bought his most recent collection Last Stories with almost a sense of trepidation and am reading it as you would eat a box of Belgian chocolates, no more than a taste at a time. This will be the last opportunity to read William Trevor for the first time. Of course, there is a substantial of body of work that can be revisited, but there will be no more new stories, the canon is complete.

William Trevor held a special place in my heart for more than thirty years. For an outsider, a newcomer, like myself, he interpreted Ireland with all its beauty and contradictions, his stories offered profound insights into the society in which I lived, and into the hopes and despairs of individual lives. His sensitive depiction of small town and rural Ireland rang true among the men and women whom I met. The Ballroom of Romance seemed one of the greatest evocations of the quiet despair that filled so may ordinary lives.

In Autumn Sunshine, there is the gentle, gracious integrity of Canon Moran, who has ministered for years in his little parish in Co Wexford, and who responds with a commitment to non-violence when confronted with the violent and angry republicanism of his daughter’s partner.

In Of the Cloth, there is the love of Ireland expressed by Grattan Fitzmaurice in his conversation with Father Leahy, Catholic curate in the community.

They loved it in different ways: unspoken in the dark, that was another intimation. For Grattan there was history’s tale, regrets and sorrows and distress, the voices of unconquered men, the spirit of women as proud as empresses. For Grattan there were the rivers he knew, the mountains he had never climbed, wild fuchsia by a seashore and the swallows that came back, turf smoke on the air of little towns, the quiet in long glens. The sound, the look, the shape of Ireland, and Ireland’s rain and Ireland’s sunshine, and Ireland’s living and Ireland’s dead: all that’.

With each turn of a page of the book, there is a sense of a passing. 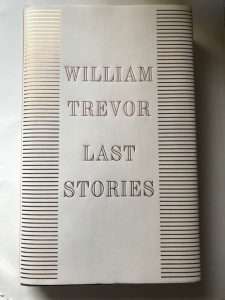