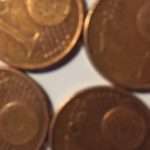 Few people will lament the loss of Wonga, the payday loans company that charged borrowers interest rates of up to 1500%. However, is it possible that Wonga, and other similar companies that have disappeared from the market, was actually a lesser evil than the one that might potentially emerge? Where will those who are not considered creditworthy, but desperately need funds, find cash? Are there loan sharks who are eagerly anticipating a revival of the sort of business that had been taken from them by firms like Wonga?

In his 2008 book, The Ascent of Money, Professor Niall Ferguson described the activity of a loan shark in a poor district of Glasgow:

. . .  deprived areas of Glasgow are perfect hunting grounds for loan sharks. In the district of Hillington, Gerard Law was for twenty years the number one loan shark. He used the Argosy pub on Paisley Road West as his office, spending most working days there, despite himself being a teetotaller. Law’s system was simple. Borrowers would hand over their benefit books or Post Office cashcards to him in return for a loan, the terms of which he recorded in his loan book. When a benefit cheque was due, Law would give the borrower back his card and wait to collect his interest. The loan book itself was strikingly crude: a haphazard compilation of transactions in which the same twenty or thirty names and nicknames feature again and again alongside sums of varying sizes: ‘Beardy Al 15’, ‘Jibber 100’, ‘Bernadett 150’, ‘Wee Caffy 1210’. The standard rate of interest Law charged his clients was a staggering 25 per cent a week. Typically, the likes of Beardy Al borrowed ten pounds and paid back £12.50 (principal plus interest) a week later. Often, however, Law’s clients could not afford to make their scheduled repayments; hardly surprising when some people in the area have to live on as little as £5.90 a day. So they borrowed some more. Soon some clients owed him hundreds, even thousands, of pounds. The speed with which they became entirely trapped by their debts is scarcely surprising. Twenty-five per cent a week works out at over 11 million per cent compound interest a year.

The interest rates charged by Wonga seem almost benevolent when compared with those of the sharks, and extricating yourself from dependence on a shark is considerably more difficult. A community worker in Dublin used to describe how he would have to renegotiate shark-provided loans on behalf of highly-indebted members of his community. He enjoyed a high success rate but said it meant that the person for whom he was negotiating would not be able to borrow again. He never explained the leverage he seemed to command in his discussions. His sudden death from heart disease would have been welcomed by those who had been involved in negotiations with him.

If no provisions are made to provide people with short-term solvency, the sort of solvency necessary to buy food, or children’s shoes, or a gas cylinder for heating or cooking, then the eleven million per cent interest rates will become widespread again. If commercial operators are not interested and credit unions are absent, the government might look at establishing a loans system itself – controlling the benefit payments, it could not lose money. 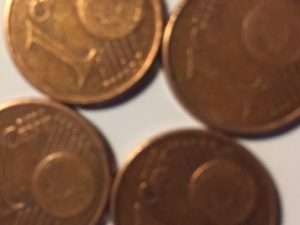