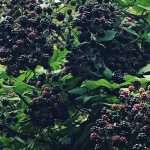 The swallows have all gone. In the last two weeks, there has been no sign of them. One ornithological website, which reports on their arrival and departure each year, carries a report from Yorkshire showing a chart of the dates. The birds have consistently arrived in mid-April and departed in mid to late September, until this year. This year, they left Yorkshire on 23rd August.

The initial reaction in a rural community would be that the early migration is indicative of a hard winter to come, but might it not also be indicative of the fact that the very hot weather in June and July brought forth a plentiful supply of insects for the birds, which are aerial eaters?

Berries not usually ripe until the beginning of the new school year were appearing in abundance by the end of July. As with the departure of the swallows, the early fruits would be seen as a sign of severe chill and ice and snow, yet their early ripening could not be determined by what might lie in the future, only by what had already taken place – a very hot and a very dry summer.

Lest the augurs seem to point only in one direction, there was a courtship between two pigeons on the village green this evening. Do they have broods so late in the year? And, if they do, would this be the second or third brood of the summer? Is the pigeons’ behaviour a sign of a mild winter? Or is it a sign of birds confused by the erratic weather conditions during the course of the year?

Uncertainty seems the only certainty at the moment, an uncertainty that recalls a humorous story from the United States:

It was October and the native Americans on a remote reservation asked their new chief if the coming winter was going to be cold or mild. Since he was a Chief in a modern society, he had never been taught he old secrets, when he looked at the sky he couldn’t tell what the winter was going to be like.Nevertheless, to be on the safe side he told his tribe that the winter was indeed going to be cold and that the members of the village should collect firewood to be prepared. But being a practical leader, after several days he got an idea. He went to the phone booth, called the National Weather Service and asked, “Is the coming winter going to be cold?”

“It looks like this winter is going to be quite cold,” the meteorologist at the weather service responded. So the chief went back to his people and told them to collect even more firewood in order to be prepared.

A week later he called the National Weather Service again. “Does it still look like it is going to be a very cold winter?”

“Yes,” the man at National Weather Service again replied, “it’s going to be a very cold winter.” The chief again went back to his people and ordered them to collect every scrap of firewood they could find.

Two weeks later the chief called the National Weather Service again. “Are you absolutely sure that the winter is going to be very cold?”

“Absolutely,” the man replied. “It’s looking more and more like it is going to be one of the coldest winters ever.”

“How can you be so sure?” the chief asked.

The weatherman replied, “We’re sure it’s going to be cold because the people on the reservation are collecting firewood like crazy!” 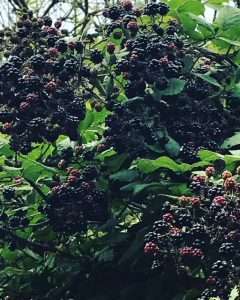