“It is,” I said, “seventeen years ago today.” I wondered what his perspective might be on the event that took place two or three years before he was born. I remembered trying to teach a class of 11-12 year olds the morning after, stunned by the images that had filled the television screens. I wondered also whether he had encountered the crackpot conspiracy theories about who particular groups believed to be responsible.

In undergraduate days in college there were attempts to debate with revolutionary socialists, they taught the impossibility of debate with revolutionary socialists. To argue with their Marxist analysis was not to provide an alternative possible perspective, it was simply to demonstrate one as being trapped in a state of false consciousness; proper education would show how wrong one was to have argued against the Marxist view.

In theological college, the Marxist ideology was superseded by Christian fundamentalism. One student spent his days working on a booklet entitled “Proof the Bible Is True”. It wasn’t even a coherent attempt at defending Scripture, more an exposition of the odd ideas of the British Israel movement, arguing that true Britons were the lost tribe of Dan. Rational discussion or debate with him simply was not possible. If one believed, then one would agree with his thesis; if one did not agree with him, it was because one did not believe.

Marxists and Fundamentalists are, however, the embodiment of reason compared to the conspiracy theorists. Search online for conspiracy theories and one encounters ideas of a New World Order, and other equally esoteric concepts. To attempt to argue with their logic would invite the rejoinder that one would only argue if one did not possess their knowledge of what was happening. It may be knowledge that is not verifiable, but, nevertheless, to them it is authoritative knowledge.

The Internet may bring greater access to news and information, it also allows for the promulgation of the strange and the bizarre. Opinions that would never have found a publisher, or would be self-published in a densely worded booklet can now appear on expansive websites. None of it would be disturbing in an international society where there is a high degree of consensus, but in a world where politicians do not hesitate to lie, where authority of any sort is now regarded with suspicion and where inconvenient science is dismissed as “fake news,” the age of the conspiracy theorist has come. 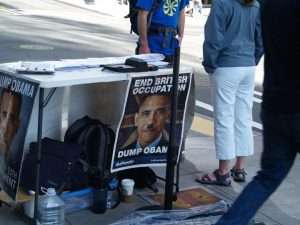