It was the autumn of 1978, forty years ago, that I bought Dire Straits’ first album.  In the depths of rural Somerset, it was the days of three television channels and pop music available only on BBC Radio 1 or Radio Luxembourg. Buying a record that would have cost a day’s wages was a significant decision.  The album was played again and again; I knew the Sultans of Swing by heart.  The track that always prompted pondering, though, was In the Gallery, Dire Straits’ protest against the arts world. It was a track that I never heard played on the radio.

Some people have got to paint and draw
Harry had to work in clay and stone
Like the waves coming to the shore
It was in his blood and in his bones
Ignored by all the trendy boys in London and in Leeds
He might as well have been making toys or strings of beads
He could not be in the gallery.

And then you get an artist says he doesn’t want to paint at all
He takes an empty canvas and sticks it on the wall
The birds of a feather all the phonies and all of the fakes
While the dealers they get together
And they decide who gets the breaks
And who’s going to be in the gallery.

No lies he wouldn’t compromise
No junk no bits of string
And all the lies we subsidise
That just don’t mean a thing
I’ve got to say he passed away in obscurity
And now all the vultures are coming down from the tree
So he’s going to be the gallery.

“All the lies we subsidise” was the writer’s judgment on a circle of cognoscenti who determined what should be deemed as “good”.  The year after the album came out, the Thatcher revolution began and the free market was left to do the determining of what was “good.”

After four decades of free market economics, we have become imbued with the notion that market value is at the heart, if not the only factor, in deciding what is good and what is not so.  Even the BBC Antiques Roadshow would not be the same if the experts did not provide an estimate of how much something would sell for.  People bringing things along seem not content just with beauty or intricacy or rareness or history, there must be a bottom line. The very name of the BBC Fake or Fortune programme implies that a piece of work that is genuine is significant not because of its artistic merit but because of the price it can command.

Caught between the “trendy boys” and the hard cash merchants, deciding what is “good” seems less than simple.  Coming from a blue collar home, Mark Knopfler’s words had a strong appeal for my eighteen year old self.  Why should our taxes subsidise “artists”?  If people wanted to do that stuff, then let them make a living from selling it, and if it didn’t sell, then let them do something else. Forty years later, there is the realisation that much which is of beauty cannot be sustained by the market alone. As William Butler Yeats’ wrote, “To a wealthy Man who promised a second Subscription to the Dublin Municipal Gallery if it were proved the People wanted Pictures”

Look up in the sun’s eye and give
What the exultant heart calls good
That some new day may breed the best
Because you gave, not what they would
But the right twigs for an eagle’s nest! 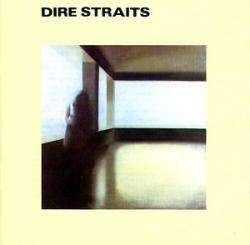