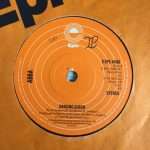 The reassuring tones of Johnny Walker make BBC Radio 2’s Sounds of the Seventies programme an aural comfort blanket for those of a certain age. There is a reassurance that among some of the terrible recordings from that decade, and there was some really terrible stuff, there were tracks that have stood the test of time, records that are still aired more than forty years after they appeared in the charts.

Among the music that is still played, some is disconcerting, unsettling. Some revives a sense of the teenage insecurity of the times, some evokes an old sense that there was something being missed, that there were crucial pieces of knowledge with which others were familiar, but which were not part of my experience.

Oddly, the most worrying tracks came from opposite ends of the musical spectrum. Johnny Walker closed his programme this afternoon with Hocus Pocus by Focus. Recorded in 1972, it is a piece of music that would probably have been regarded as “progressive rock.” Appearing on The Old Grey Whistle Test, Focus were the sort of band who would have been spoken of by the cognoscenti among the boys at school. Perhaps they had older brothers who had introduced them to such music, perhaps they had developed a genuine appreciation for themselves. Whatever the case, as someone who bought The Night Chicago Died by Paper Lace, I was not among the sophisticated, not among those who appreciated real music.

At the other end of the spectrum were songs like Le Freak by Chic. Being seventeen in the summer of 1978, when disco music was at its peak, there was a feeling of being entirely outside the culture of the spangled brightness of those who filled the dance floor. There was a stylishness of dress and a sexual sophistication about disco-goers, neither of which I possessed. Discos could be an intimidating experience: it was much easier to spend a night out at a village pub drinking pints of real ale, and eating bread and cheese, than it was to contemplate stepping through a doorway into a darkened room filled with syncopated sound and flashes of coloured light. Going to a disco was something that might only be attempted with a group of friends better able to interpret the culture of the occasion.

It is odd to think that experiences intended as entertainment could be so disconcerting. Perhaps there were others who shared such thoughts; perhaps the middle ground between rock and disco was a sparsely populated piece of ground. 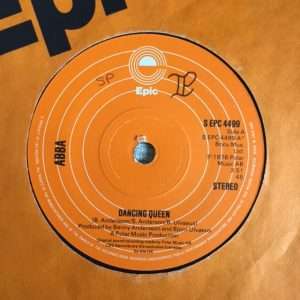