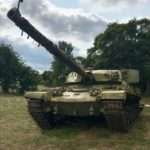 “Flux” was the theme of the BBC Radio 3 programme. It brought an eclectic selection of words and music, choices more calculated to disturb and unsettle than to reassure. Ominous opening bars announced the beginning of Mars, the Bringer of War from Gustav Holst’s The Planets suite. It is a piece of music filled with a sense of menace, a sense of impending darkness.

It is hard now to imagine the fear that filled the hearts of former generations as the realities of now distant wars engulfed them. His work was never known for its levity, but, in his novel Troubled Sleep, Jean-Paul Sartre captures a sense of what it meant for a country to be overrun by the army of a vile and genocidal regime. At the hearts of the story are a small group of French soldiers from an army that was ill-equipped, ill-organised and swept aside by the invading Nazi forces. Freedom for the soldiers comes in the pursuit of a struggle against the invader, a struggle that they know to be futile.

As Holst’s music continued, a question came to mind. What if, instead of it being a background theme against which to set wars from the past, it was music announcing conflict in our own time? What if Russia took the decision to move against one its neighbours that was a NATO member? What if tanks started rolling and airborne divisions of paratroopers began descending from the sky? Would war be pursued? Would there be a mobilisation? Would the words of Neville Chamberlain about “a quarrel in a far away country between people of whom we know nothing” this time prompt action rather than appeasement?

It was a thought more disturbing than any piece of music because a war now would be unlike any war in the past. Soldiers might be deployed; tanks and artillery might exchange fire; but it would only be a short time before there was an inevitable escalation of the conflict. Missiles would be launched in an attempt to gain advantage; massive ordnance would be dropped by bombers. Entire communities, entire cities, would disappear from maps in a matter of hours. Once one side gained the upper hand, the use of tactical nuclear weapons would be considered by the other side, and once that threshold was crossed, the launch of strategic nuclear weapons might follow.

It was a frightening thought. It was a relief when the final strains of Mars made way for a reading that was more upbeat. Should Mars ever be the bringer of war, it is more than sleep that will be troubled. 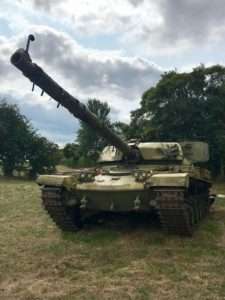