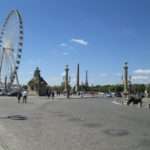 On 16th October 1793, two hundred and twenty-five years ago today, Marie Antoinette, wife of Louis XVI, was beheaded by guillotine. The killing of the queen was part of the vileness of a regime that had lost any semblance of revolutionary idealism and had instead turned to terror.

Edmund Burke, the Irish politician and philosopher, saw her death as the end of an age:

It is now sixteen or seventeen years since I saw the Queen of France, then the Dauphiness, at Versailles; and surely never lighted on this orb, which she hardly seemed to touch, a more delightful vision. I saw her just above the horizon, decorating and cheering the elevated sphere she had just begun to move in, glittering like the morning star full of life and splendor and joy.

Oh, what a revolution! and what a heart must I have, to contemplate without emotion that elevation and that fall! Little did I dream, when she added titles of veneration to those of enthusiastic, distant, respectful love, that she should ever be obliged to carry the sharp antidote against disgrace concealed in that bosom; little did I dream that I should have lived to see such disasters fallen upon her, in a nation of gallant men, in a nation of men of honour,, and of cavaliers! I thought ten thousand swords must have leaped from their scabbards, to avenge even a look that threatened her with insult.

But the age of chivalry is gone; that of sophisters, economists, and calculators has succeeded . . .

In popular perception, Marie Antoinette was demonised, represented as having said that the peasants might eat brioche when told there was a shortage of food. Marie Antoinette is represented as distant and conservative aristocrat, as a symbol of the ancien regime and all its failings. The words, “Qu’ils mangent de la brioche,” were attributed to a “great princess” by Jean-Jacques Rousseau in his autobiography, a work he completed in 1767. Rousseau did not name Marie Antoinette and his book was finished when the future queen was a child of just twelve years old living in her home in Austria, she had not even arrived in France. 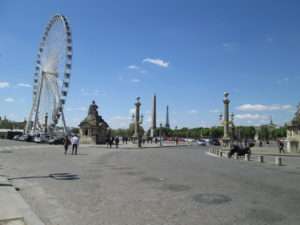